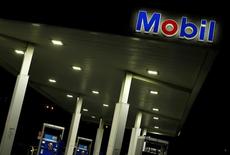 If outages at Qua Iboe and other streams are prolonged, Nigerian output could fall to around 1.2 million barrels per day, according to Reuters calculations. This would be the lowest output since 1970, according to BP’s statistical review.

Up until this year Nigeria had been Africa’s largest crude exporter with its economy heavily reliant on oil.

However rampant oil theft and corruption has kept production well below its capacity of above 2 million barrels per day.

As a result, Angola has overtaken Nigeria as the continent’s largest producer since March, according to OPEC figures.

Nigeria was due to export 337,000 barrels per day (bpd) in May, according to initial loading programmes released in March.

An attack in February on a Shell oil pipeline also shut the 250,000 barrel-a-day Forcados export terminal.

Last week, Chevron said its platform in the Delta was attacked by militants.