The federal government has so far released N331.5 billion as a fraction of the capital allocation from the 2016 budget, just as the Minister of Budget and National Planning, Senator Udoma Udo Udoma, disclosed on Tuesday that the 2017 budget is to be submitted to the National Assembly by October this year. 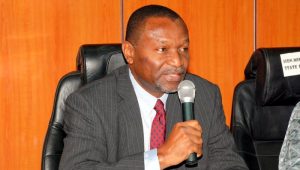 He made the disclosure at a Town Hall Meeting and Policy Dialogue for Good Governance organised by the Federal Ministry of Information and Culture in collaboration with the Alumni Association of the National Institute of Policy and Strategic Studies (AANI).

He revealed that the released N331.5 billion went to key ministries covering sectors that will turn around the economy.

Among the ministries are Power, Works and Housing; Defence and Security; Water Resources; Transportation; Agriculture and Niger Delta.

The government, he said, was targeting the Social Intervention Programme to provide support to the poor and less privileged Nigerians, especially women and vulnerable Nigerians.

According to a statement issued by the Director (Information), Adedeji Ajibade the minister disclosed that necessary consultations and framework for the 2017 budget are ongoing.

He pointed out that the early preparation and submission of the budget to the National Assembly would ensure the inclusion of every detail as well as avoid undue pressure as well as eliminate the issue of delay in the presentation and implementation of the budget.

On the current economic situation in relation to the performance of the 2016 budget, Udo Udoma stated that the government was using the 2016 budget to get the Nigerian economy back on track.

Udoma had had recently disclosed that the government was likely to set the oil benchmark for the 2017 budget at $42.50 per barrel, oil production of 2.2 million barrels per day, and target an exchange rate of N290 to the dollar.

He opened up on the 2016 budget performance and the government’s projections during the commencement of consultations with civil society groups on the 2017-2019 Medium Term Expenditure Framework (MTEF) and Fiscal Strategy Paper (FSP).