Shipping firms across the world spent over $21.8 billion on second-hand vessels in the first half of 2016, a new report by the Vessels Value, a United Kingdom based research firm has shown. 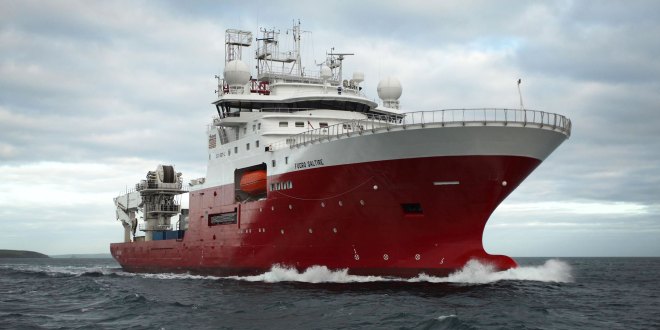 The report made available to The Guardian by Head of Public Relations, Claudia Norrgren, showed a dwindling investment in ship buying representing about 52 per cent reduction from $14.8 billion spent laty year.

In July alone, the firms spent over $1.6 billion on second-hand vessels in against $3.1 billion recorded in July 2015, representing a drop of 48 per cent in the total value of second-hand sales concluded in the period.

It was noted that new ship building orders also dropped by 65 per cent from 689 vessels in 2015 to 238 in the same period this year.

Bulker and tanker sales were down 13 per cent in the period, while the largest drop was seen in the container sector where only two sales were concluded compared to 31 in July 2015.

The bulker sector saw the largest number of sales as 44 vessels were sold during the month, worth up to $450 million, followed by the tanker sector with 41 sales valued at $1.1 billion. Gas and containers were the lowest with three ($72 million) and two sales ($12 million) respectively.

According to the report, modern bulker values ﬁrmed throughout July, with Panamaxes showing the greatest rise. Older tonnage remained fairly constant, however, there were slight decreases within older Supramax vessels.

“Capesize values remain steady. The biggest deal of the month was the sale by ZOSCO of the Zosco Jiaxing and Zosco Shao Xing (176,000 dwt blt 2009 Jinhai) at $14.80 million each to Sinokor.

“Supramaxes also remain stable at the modern end with older tonnage declining in value due to scrap prices. This is evidenced by Darya Maya and Darya Rani (64,000dwt blt 2016 Huangpu) sold for $16.90 million with Vessel Value valuing at $16.87 million and Atlantic Altamira (51,000dwt blt 2001 Oshima) sold at $3.65 million.

Vessel Value said scrapping of older bulker tonnage has been much talked about but is yet to materialise. Demolition sales have increased by only 10 per cent in July 2015. Even with this increase in bulker scrapping the total on water bulk fleet has grown by 2m dwt in July 2016 (3.2m dwt delivered and only 1.2m dwt scrapped).

The report noted that container fleet has had a quiet July, while a small decline can be seen within the values especially for older Panamax vessels, however two sales have taken place within the Sub Panamax sector.