The Lagos State Government has closed down the ponmo (processed cow skin) processing section of the Oko-Oba Abattoir and Lairage Complex, Agege, and dislodged the processors in the complex. 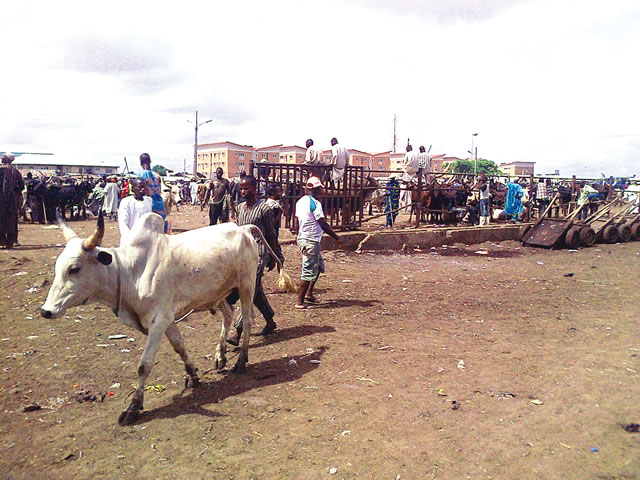 The Commissioner for Agriculture, Mr. Toyin Suarau, who led men of the Lagos State Task Force  on Environmental and Special Offences (Enforcement) Unit and some officials from the Ministry of Agriculture to the area on Saturday, said the closure of the processing section was because of the health hazard posed by activities of the processors who treated cow skins in a heap of burning tyres.

He explained that the bonfire emitted a thick toxin smoke which spread within the complex and adjoining neighbourhood, adding that the smoke and the unhygienic way of processing the cow skin were harmful to human health.

He said, “The use of tyres for cow skin processing leaves much to be desired and this is why this section of the complex has to be closed.

“The activities of ponmo processors constitute a health risk, not only to inhabitants of the complex, but to residents of adjoining communities and to the processors themselves. The health effects of burning tyres alone are enormous, let alone using it to process human food.”

He said the government would not condone any practice that was harmful to health in abattoirs in the state, adding that veterinary officers and animal workers had been deployed in abattoirs to ensure that the minimum standard for animal slaughtering was adhered to.

Suarau said animal slaughtering and processing called for monitoring because all animals must be inspected before and after slaughtering according to the meat inspection law.

The commissioner added that the government would restructure the Oko-Oba Abattoir, improve operations at the complex and develop the red meat value chain.