The Consumer Protection Council on Sunday warned against the use of Samsung Galaxy Note 7 following reports of explosion of dozens of the product while being charged. 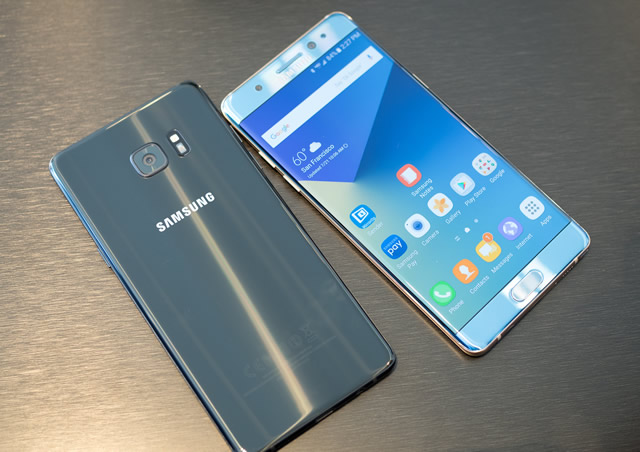 The council said the advice against the use of the phone was an interim measure to protect its Nigerian consumers pending when Samsung Electronics West Africa would provide information on the full status of its compliance with the global directive of Samsung on the recall of the product.

In a statement issued on Sunday, the council said a letter had been written to the company directing it to provide details of its compliance with the directive within seven days.

The letter signed by the Director-General, Mrs Dupe Atoki, read in part, “The attention of the council has been drawn to media reports indicating that the lithium-ion batteries for Samsung Galaxy Note 7 are prone to catching fire.

“Some Nigerian consumers may already have purchased the Samsung Galaxy Note 7 for personal or other uses.

“You are, therefore, directed to, within seven days of the receipt of this letter, furnish the Council with information on the full status of your compliance with the global directive of Samsung to recall the Samsung Galaxy Note 7 forthwith, including other measures you may have taken to safeguard the safety and interest of Nigerian consumers in this respect.”

Commenting on the situation, Atoki, according to the statement,  said Nigerian consumers who had purchased the Samsung Galaxy Note 7 should, as an interim measure, stop using the phone forthwith.

She said, “While awaiting the response of Samsung Electronics West Africa Limited in order to determine the number of affected consumers in Nigeria, there is an urgent need to avert whatever dangers that may be associated with the use of the Samsung Galaxy Note 7 in Nigeria.”

Atoki stated that in line with international best practices, the company should immediately issue a recall notice giving Nigerian consumers adequate information on the procedure for recall and the appropriate compensation being offered.

She urged the company to ensure that affected consumers either get a free replacement from Samsung, or a refund of their money, where necessary.