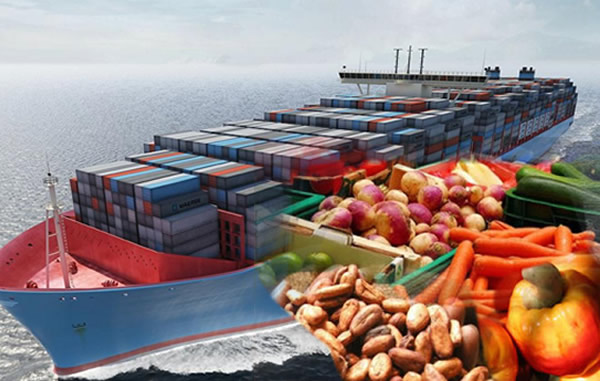 A recent meeting in the United States held under the auspices of Civil Society Network on African Growth Opportunities Act exposed the poor preparation of Nigeria for the diversification of its economy along the non-oil export sector.

According to him, the representation by Nigeria at the AGOA event, which sought to find solution to Africa’s export challenges, was very poor.

He said, “I have just come back from a three-week sojourn in the US, pursuing our participation in the AGOA. There were two events in Washington on September 22 and 23. There was the Civil Society Network on AGOA that we participated in and it was a sad commentary that Nigeria was just not represented.

“Other African countries including the French speaking ones were very active at the event. All of them were excited about what they had accomplished under AGOA and we were really not represented.

“The first day, the Nigerian Export Promotion Council was represented by a lady who delivered a speech. The second day at the forum, Mr. Faleke represented NEPC. The Ministry of Industry, Trade and Investment sent one representative who showed up at the opening ceremony and then disappeared. We never saw him again.”

According to Famutimi, on September 26 when the US Department of State hosted an event to promote cooperation between the US and African nations, the performance from Nigeria was less than impressive.

“All ministers from Africa responsible for managing AGOA were there and each country was given time to report about the performance on AGOA in the past year.

“Nigeria was not represented more or less because the Minister of Industry, Trade and Investment was not there; his Permanent Secretary was there. Mr. Segun Awolowo of NEPC was there. But when it was time for Nigeria to talk, it was the Minister of Labour and Employment, Dr. Chris Ngige, who spoke. Since Ngige is not in charge of trade, he did not have a prepared speech on our performance. All that was expressed was our hope for the future. He promised that we will perform. “

Famutimi said that oil, which formed the bulk of Nigeria’s export under the AGOA programme was no longer viable and urged that the country must show more commitment to the non-oil sector.

He noted that oil was the product that made Nigeria’s export under AGOA robust, adding that without oil, the country’s export was less than Lesotho’s.

In his keynote address at the Lagos event, the Managing Director, Fidelity Bank, Mr. Nnamdi Okonkwo, who was represented by the Executive Director, Commercial and Consumer Banking, Nneka Onyeali-Ikpe, said that since the Federal Government started the buy Nigerian products’ campaign, the number of people applying to the bank for export business had more than doubled.

According to Okonkwo, Nigerian food items should provide huge export potential, since Nigerians are found all over the world and they like to eat indigenous food.