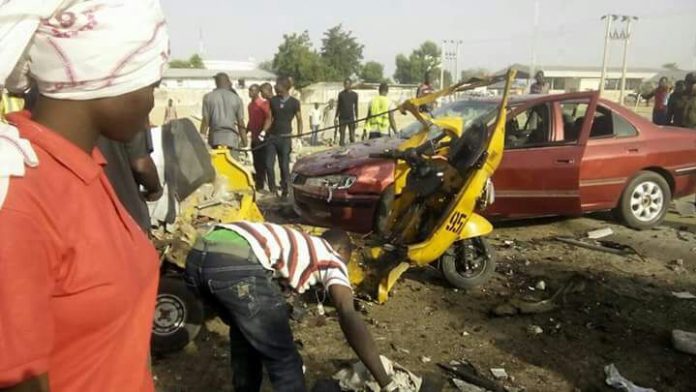 Nine persons were killed in two separate suicide bomb attacks on Maiduguri, the capital of Borno State, the information officer of the National Emergency Management Authority in the Northeast, Mallam AbdulKadir Ibrahim told our correspondent on phone.

Ibrahim also disclosed that two 24 persons were injured in the two separate explosion.

The agency’s information officer at the National headquarters in Abuja, Sani Datti in a message to our correspondent, revealed that there were two explosions in Maiduguri, one at the entrance to Bakassi IDPs camp and the other at the NNPC station along Damboa road.

One of the commandants of the youth vigilance group, Civilian JTF, Abba Ali Kalli, told our correspondent on phone that the two incidents which seems to be coordinated happened early on Saturday morning

According to him the incident happened at the entrance to one of the internally displaced persons camps on Damboa road (popular called Bakassi IDP camp) and at the junction of the NNPC Petroleum Product Depot on Damboa road.

He said the number of casualties at the entrance to Bakassi camp was yet to be ascertain while the incident at the NNPC Depot junction claimed three lives, the suicide bombers and two other persons in a tricycle.