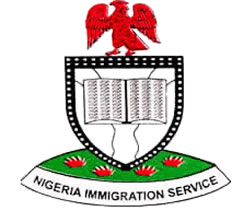 The Nigeria Immigration Service has increased visa issuing centres and counters from one to two at the Murtala Muhammed International Airport, Lagos.

A source, who craved anonymity, said the immigration authorities in Abuja ordered the Lagos airport command to increase the counters to two in order to facilitate foreigners’ movement into the country and end the usual long queues for immigration processes.

It was gathered that visas were now being issued to foreigners on arrival at both the E and D wings of the airport instead of only the D wing, while no fewer than 20,000 visas had been issued at the airport since the policy came on stream in June this year.

“The issuance of visas on arrival has reduced the number of foreigners going to the home offices of Nigeria abroad, as many of them now prefer to get their visas on arrival at the command,” the source stated.

He added that as part of the monitoring scheme, the Lagos command had also tagged the counters of all its personnel at the airport for proper identification.

According to the source, the Comptroller General of Immigration, Mr. Muhammad Babandede, has ordered all the officers to tag their counters in order to check corruption in the system and also key into the ease of doing business policy of the Federal Government.

Meanwhile, the Federal Airports Authority of Nigeria and Seymour Aviation Limited, on Wednesday, opened a multi-level car park at the MMIA, Lagos.

The 1,300-capacity facility, funded by Fidelity Bank Plc, is expected to check indiscriminate parking in and around the airport.

FAAN’s Director of Engineering Services, Mr. Salisu Daura, said the six-level car park was constructed by the agency and Seymour as a public-private-partnership for 30 years.

Daura said that pick up and drop off of passengers would be moved to the new facility.

“FAAN has put in place measures to maintain the facility. Everyone, including passengers, must cooperate with us to make things work,” he said.

The Managing Director, Seymour Aviation Limited, Mr. Francis Ikenga, stated that the facility was built to international standards with waiting lounge, bomb detectors, public address system and conveniences on all the six floors.

He noted, “It was conceived for the corporate objective to transform Nigeria’s airport to world-class standards.”

“This will contribute to making Nigeria the aviation hub, not just for West Africa, but for sub-Sahara Africa.”

The Deputy Managing Director, Fidelity Bank Plc, Mr. Muhammed Balarabe, said the lender was proud to have funded the project.

He said that Fidelity Bank would support Seymour in similar projects in other airports across the country.

“This facility will be viable and also touch the lives of airport users,” Balarabe added.