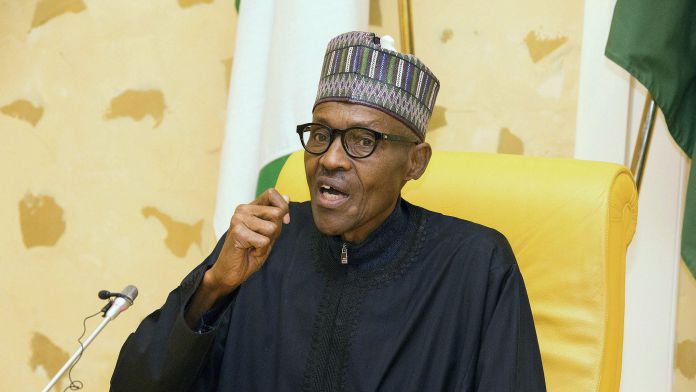 The President of the Senate, Dr Bukola Saraki; a former Governor of Sokoto State, Alhaji Attahiru Bafarawa and an ex-Chairman of the Economic and Financial Crimes Commission, Mallam Nuhu Ribadu,  on Monday, differed on the performance of President Muhammadu Buhari.

Ribadu, in an interview with journalists in Abuja, said he would not contest against Buhari in 2019 because he was doing a good job.

But Saraki, who spoke in Abeokuta, lashed out at Buhari, saying he was presiding over a divided country.

Justifying his support for Buhari, Ribadu, who contested the 2011 presidential election on the platform of the defunct Action Congress of Nigeria, said it would be in the interest of the country for the President to win the 2019 election.

He noted that those who had a passion for Nigeria’s development were aware of the great job Buhari was doing.

Responding to a question on whether he was sacrificing his presidential ambition for Buhari’s second term, he said, “You can say it is part of it.

“Of course, that is a good reason. When you agree with a leadership, it is okay that you step aside and allow good things to happen and I am comfortable with that.

“Today, Buhari is our President and I agree with him totally and I am comfortable with the leadership he is giving this country.”

He described the anti-corruption war as the most difficult job to do, adding that “it takes a man of courage and integrity to make a success of it.”

On the refusal of the Senate to confirm the appointment of the acting Chairman of the EFCC, Ibrahim Magu, Ribadu said, “I don’t see any reason why they will not confirm him and allow him to do the work properly. I totally agree with the Federal Government in allowing him to do this work.”

But the Senate President stated that Nigeria was more divided under Buhari. He said that Nigeria required a leader who would give every Nigerian a sense of belonging.

He said this on Monday while addressing the Ogun State party executive council of the Peoples Democratic Party led by the Sikirulahi Ogundele faction.

He was in the state to sell his candidacy ahead of the PDP presidential primaries slated for early October.

Saraki said, “Today in Nigeria, we are here at a crossroads. The country is divided and to unite the country, we need someone who will make everybody feel a sense of belonging.

“Today, there is no sense of belonging in some parts of the country.

“We need a President that rules and represents Nigeria. We want a President where everybody will say they belong here.

“Where there is no unity, there can never be progress. After unity, we can talk about development and progress.”

Saraki, who explained that a lot of Nigerians were suffering today due to leadership’s inability to fix the economy, said it was difficult for any leader to give what he or she did not have.

He said the new world order from Asia to Europe was the enthronement of visionary, dynamic and energetic presidents, qualities which he said he possessed.

Also, Bafarawa said the All Progressives Congress government had damaged the economy.

The presidential aspirant said that there was a need for the country to implement the abandoned 2014 confab report in order to tackle various challenges facing the country’s development.

Bafarawa stated this on Monday during his visit to the leaders of a pan-Yoruba socio-political organisation, Afenifere, in Akure, Ondo State capital. The meeting was held at the residence of the leader of the group, Chief Reuben Fasoranti.

He said, “When we get to power, we are going to take our time to do the damage control.  We correct where mistakes have been made.

“We shall de-emphasise over-dependence on oil and look towards agriculture, tourism, mining and manufacturing as potential drivers of our economy.”