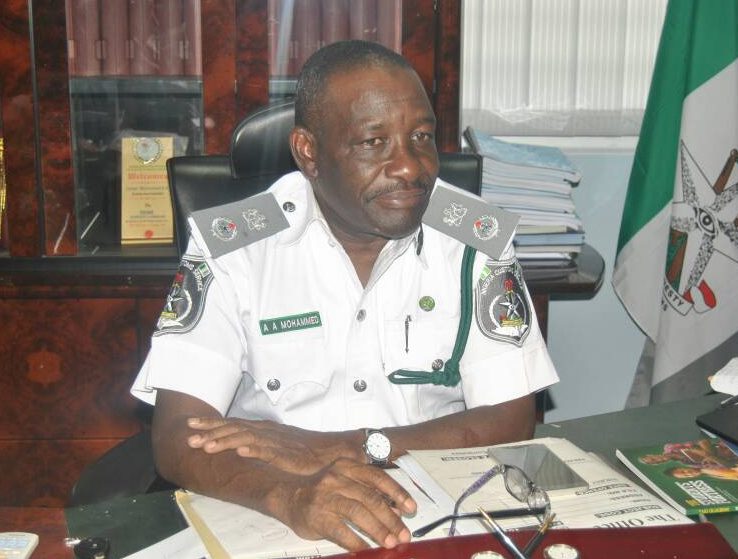 Ahead of the forthcoming general elections, the Federal Operations Unit, Zone ‘A,’ Nigeria Customs Service, said it intercepted bales of uniforms, tear gas canisters and other paraphernalia of the Nigeria Police Force.

The command revealed that the uniforms that were intercepted along Lagos road were concealed in a Toyota Sienna space bus heading out of Lagos.

The Customs Area Controller, FOU, Muhammed Aliyu, said one person had been arrested in connection with the seizure.

He said the uniforms were a threat to national security as they were destined to get into the wrong hands.

In addition to the uniforms and tear gas, ranks, belts, berets and police badges with identity cards were also intercepted by the unit, Aliyu said.

“The items seized are a threat to national security because the uniform can be used for kidnapping, Boko Haram activities or during the elections,” Aliyu said.

Giving details about the paraphernalia of the police seized, he said, “We have belts and badges for the ranks of sergeants and inspectors.  The identity cards have no name on them. They are only printed and later they will be affixed with any names they want to put on it.

“One bundle of the material for the  uniform can be used to make uniforms for about 10 people, and Nigerians will complain about atrocities of  policemen not knowing some  are not real policemen  but impostors.”

Aliyu added, “Not only were identity cards and ranks intercepted, but there were also cutlasses. What is a policeman supposed to do with a cutlass?  Have you ever seen a genuine policeman with a  cutlass? These are part of the atrocities they will use the uniform to commit.”