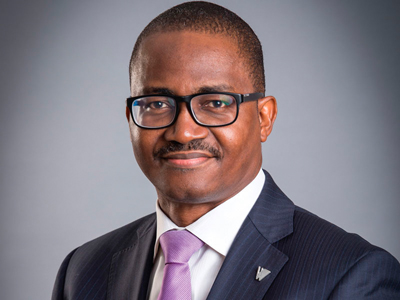 Wema Bank recorded strong growths in the top-line and bottom-line in the first quarter, sustaining a trend that has seen the commercial bank within the league of fastest growing banks.

The interim report and accounts for the first quarter ended March 31, 2019 showed that the core income base, interest income, rose by 27.2 per cent while profit grew by 50 per cent. This year’s first quarter results built on the positive performance in 2018 when full-year profit after taxes jumped by 47.3 per cent. With the bottom-line steadily growing, the confident board and management of the bank distributed N1.157 billion to shareholders as cash dividends for the 2018 business year, its first dividend payout in 14 years.

The first quarter performance reinforced board and management’s commitment to shareholders that the bank is on a steady growth curve that will deliver increasing returns to investors.

At the Annual General Meeting (AGM) in Lagos, visibly elated shareholders unanimously approved the distribution of N1.157 billion as cash dividend for the 2018 business year, representing a dividend per share of 3 kobo. The dividend payout represents about 35 per cent of the net profit for the year.

The audited report and accounts for the year ended December 31, 2018 showed that Wema Bank’s gross earnings rose by 9.56 per cent to N71.5 billion in 2018 as against N65.3 billion in 2017. The report showed appreciable improvements across the income lines of the bank.

Wema Bank had in 2009 launched a comprehensive restructuring exercise that touched all key aspects of the bank including corporate brand and ambience, capital base, capital restructuring, risk management, stakeholders’ engagement, products and services, banking application and technologies, human resources and strategic goal direction of the bank. With stronger capital base and additional investments in technologies, the bank in 2017 launched Nigeria’s first fully digital bank, ALAT, a game-changing product that has positioned Wema Bank in the competitive end of convenience banking in Nigeria. ALAT has since continued to record significant milestones, especially around customer acquisition.

The bank has also continued to widen its operational and technology base in line with its four focus areas of innovation and technology, relationships, risk management and national footprint.

Established in 1945, Wema Bank is running on both its heritage and its cutting-edge technologies, two major planks that reassure on the future prospects of the bank.

Wema Bank Chairman Mr Babatunde Kasali said the banks have been delivering on its strategic goals by taking bold steps that not only reinforces confidence in its immediate future but long-term growth prospects.

According to him, the results of the bank in recent period have justified the success of the bank’s turnaround programme as the bank continues to record significant achievements in various areas.

He noted that the bank has been able to maintain its non-performing loan ratio below the regulatory limit of five per cent while simultaneously growing its business.

He said the bank’s aim is to consistently scale up and improve market share through various initiatives pointing out that the success of these many initiatives have not only positioned the bank as a choice of customers but also investors, as shown in the growing customer base and the success of its capital raising efforts. Wema Bank raised tier 11 capital in 2018 and plans to raise additional capital in the months ahead.

“As we go into 2019, we will deepen our focus on the commercial and corporate business while we introduce a renewed focus on our retail business. The above will help to continue to reinforce our commitment towards balance sheet optimisation, efficient processes and operations as well as value creation for our esteemed customers and shareholders,” Kasali said.

He assured that despite the envisaged challenges in the banking sector and the general macroeconomic environment, the bank will look beyond the clouds to find opportunities for accelerated growth, especially around the sectors and industries which are enjoying growth, including agriculture and manufacturing.

According to him, significant steps had been taken internally in 2018 to ensure that the bank delivers value to shareholders in 2019.

“Another of our core commitment in 2019 is to continue to use our technological edge to drive disruption to deliver on our goals for the year. Wema Bank is well positioned to ride the growth curve and deliver even better performance in 2019,” Kasali assured.

Adebise said the bank will continue to explore opportunities to bring banking services to the nook and crannies of the country through branch network expansion and digital banking.

Speaking against the background of the opening of the bank’s branch in Ilorin, Adebise said the bank planned to launch new branches in Gombe, Onitsha and other leading cities in Nigeria.

“We are excited to open a new branch which will help us as a bank meet the growing demand for financial products and services by the residents of Ilorin. For us, it is not about just opening branches, we are targeting communities where there are opportunities,” Adebise said. With its new national status, the bank has reopened branches in the North and South East, including in Kano, Kaduna, Bauchi, Minna, Lokoja and Aba.

Shareholders appeared to agree with the board and management of the bank on the future outlook. Wema Bank’s share price is one of the three stocks with positive year-to-date returns in the banking sector. With the benchmark index for the equities market indicating a five-month average year-to-date return of -1.15 per cent, Wema Bank’s modest positive return of 1.59 per cent showed resilience and resistance to the selloffs that characterised the equities market during the period.

The contrarian value of Wema Bank is further highlighted by the steep declines suffered by other stocks. The NSE Banking Index, which tracks banking stocks, closed weekend with a five-month average return of -9.37 per cent while the NSE Main Board Index, where Wema Bank and most other quoted companies, about 80 per cent of quoted companies, are listed closed weekend with average year-to-date return of -11.96 per cent.

Most analysts said they expected Wema Bank to increase dividend payouts as profit increases, a major appeal to the vast majority of retail investors that have for decades trusted the bank as a store of value. With improving operations, stronger fundamentals and resilience share price, Wema Bank appears to be winning on all fronts.