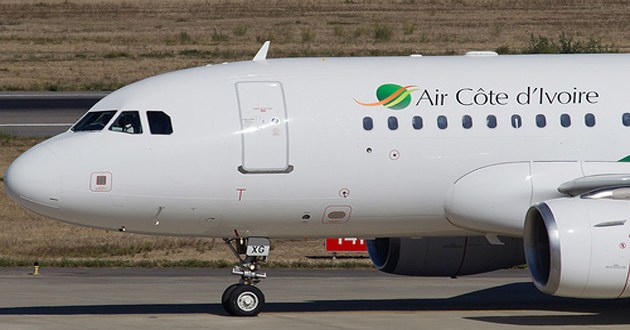 Air Côte d’Ivoire, has announce plans to increase its fleet of seven aircraft to nine by April 2016.
The African carrier stated this recently in Abidjan, Cote D’Ivoire when its received its third new Bombardier Dash Q400 NextGen aircraft, which increases its fleet to seven.
The airline also said that it hoped to increase the cities it flies into to 22 from its present 18 by 2016 and estimated a capital increment of 65 billion to over 100 billion FCFA before the end of next year.
The statement issued in Lagos by the media consultant to the airline quoted its Managing Director, Mr. Rene Decurey as saying that the airline was achieving its target with the delivery of Bombardier Dash Q400 Aircraft, which had enabled it increase regional and domestic routes and frequencies.

Decurey explained that its new aircraft was as fast as a jet, flexible, silent, comfortable and energy efficient, adding that it’s an idle aircraft that could operates both domestically and regionally.

Decurey emphasised that by 2018, the airline would have been profitable, but noted that to achieve this, new route must be opened and new planes must be acquired. With such growth and prospect, he said the airline has invested in training its own pilots and airplane mechanic with the partnership of INPHB and the Aeronautic institute Amaury of Grange (IAAG) and is currently training 15 pilots, and by 2018 would have 20 airplanes mechanics.