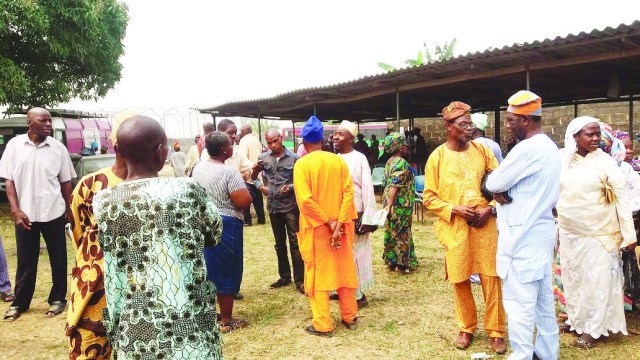 Pensioners of the defunct Nigeria Telecommunication Limited (NITEL) and its mobile arm, Mobile Telecommunications (MTEL) have cried out to President Muhammadu Buhari to end their 10 years of suffering by paying their pension benefits.

The pensioners numbering over 2000 said previous administrations have failed to pay their pension since former President, Olusegun Obasanjo sold and dissolved the organisation in 2006.

Chairman, NITEL, MTEL pensioners, Iko Edem who made the call at a meeting held in Lagos, said previous administrations have not been fair to them. He however, expressed confidence in the administration of President Buhari.

He said they have met with the present officials of the Federal Government and they have shown sympathy to them, adding that following their agitations, government paid them them five years pension as pay off which they rejected.

“We made approaches to the past governments to no avail, only to be paid off five years pension right. We rejected it and sued government at an Abuja High court and won. The Bureau of Public Enterprise (BPE) that sold NITEL went to court to appeal the judgment against us and won. We proceeded to the Supreme Court because we were not satisfied and this is the situation as at today.

“It has not been easy for us at the Supreme Court because of the many cases at the Court. Presently, the attention of government is on political cases and that is why they have not heard our case up till now.  We filed our case in May last year and up till now they have not even heard us. But our lawyer has advised us to also go political and to do this; we have to work with the government.

“The present officials of government have sympatised with us. Many of us for instance, served for 35 years. By the constitution of this country, once you have served in any institution, you are entitled to pension for life. It is however, unfair for any government to stop our pensions and ask us to go for life. We are the only pensioners that government asked to go away with five years pension. There are other cases. They initially stopped our pension and when we protested, they paid us five years without negotiating with anyone of us. This is unacceptable to us.”

He stressed that pensioners who served for 35 years or retired voluntarily after 10 years are supposed to earn pension for life, adding that those who were exited from the service and have served 10 years in NITEL are also qualified for pensions.

He noted that they are open for negotiation if they don’t want to pay them pension for life.

We know the conditions for pay off which is that you either pay us 25 years pension salary or negotiate with us and whatever the two parties agree will be binding on us.