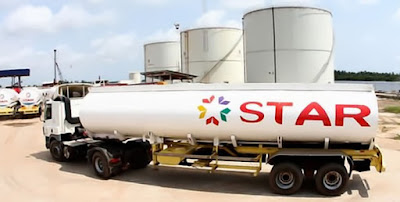 The agreement involved the storage and supply of petrol, diesel, kerosene and aviation fuel across Nigeria, Star Synergy said in a statement.

The Managing Director, Star Synergy Petroleum Services, Mr. Babatunde Babalola, was quoted as saying that the new agreement would boost IPMAN’s over 2,500 gas stations in the length and breadth of Nigeria, describing it as a direct move to play a major role in the deregulation of the sector by the Federal Government.

He said, “The arrangement between IPMAN and Star Synergy is coming at a time the Nigerian government is doing all in its power to make petroleum products available in good quantity to all Nigerians, and, as such, we must play our role positively to enhance the government gesture.

“Though the recent increase in pump price of petrol came at a time the nation economy is going through one of its worst moment since nationhood but with the assurance from the President Muhammadu Buhari-led Federal Government, Nigerians would soon smile.

According to Babalola, IPMAN, as a responsible body, is doing all within its ability to make supply of the products easier for the reach of all Nigerians through its outlets and anything that will make such work is worth the effort.

“We are happy to be playing some role in contributing to the storage and supply of the products, which is the recent agreement entered into with the leadership of IPMAN,” he said.

The IPMAN and Star Synergy Petroleum Services agreement takes immediate effect, according to the statement.

Meanwhile, Goldman Sachs on Wednesday said it expected the oil price recovery to stall near recent price levels, and crude would need to trade between $45 and $50 per barrel for the market to reach a supply deficit in the second half of 2016.

The bank said it continued to expect that non-OPEC production excluding the United States would decline by 430,000 barrels per day this year to help put the market into the deficit.

Goldman said the market was likely to remain close to balance in June as Canadian production restarted and production elsewhere remainedresilient.

A series of production disruptions in Nigeria, Venezuela, Libya and Canada pushed oil to a 2016 high of $52.86 last week.

Analysts at the investment bank said, “We continue to view the recovery in prices and fundamentals as fragile. In particular, we expect that the deficit in second half of 2016 will remain modest at current prices and that a return into surplus is likely in the first quarter of 2017 before inventories normalize by end-2017.”