Despite concerns raised by safety advocates, automakers have continued to design fitted with in-car systems. The latest: Ford Motor Company says it will offer Apple CarPlay and Android Auto smartphone connectivity on its full lineup of 2017 vehicles. 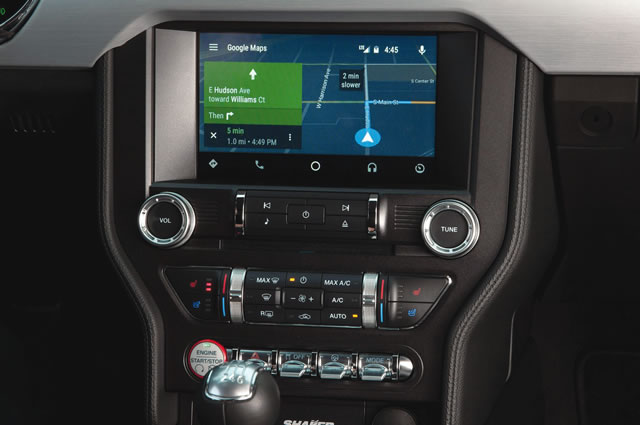 Although the automaker said on Monday that the rollout of the technology would immediately be in the United States, it was not stated when Ford vehicles designed with the facilities would be available in Nigeria.

The software allows drivers to access many apps and other functions on their smartphone through the vehicle’s touch screen and voice controls, according to a report by an online auto journal, Automotive News.

The Director, North America, SBD, Jeffrey Hannah, said in a statement provided by Ford that “Sync 3 is already a major leap forward in terms of functionality, simplicity and user experience — Ford’s promise that every new model now ships ‘smartphone-ready’ is huge.” The SBD’s website lists Ford as a client.

He added, “Ford is not taking the traditional approach of introducing Apple CarPlay and Google Android Auto on a few piecemeal models or as an expensive option on luxury vehicles only. The guesswork for consumers is over — if you buy any 2017 Ford vehicle with SYNC 3, you drive off the lot with both of these innovative technologies ready to go.”

The report said competitors had been introducing the popular features a few nameplates at a time over several years, but Ford, which offered no 2016 models with Apple or Android integration, would be doing it all at once.

By the end of this year, all Ford and Lincoln vehicles would have the features built into Sync 3, which would be replacing the sometimes-balky MyFord Touch system, the auto firm said.

The Ford’s Global Director, Electrical and Electronic Systems Engineering, Chuck Gray, said in a statement, “We developed one platform — Sync 3 — and have been able to quickly offer the technology across our lineup. Customers considering a new vehicle can now choose any 2017 model year Ford car, SUV, light truck or electrified vehicle with SYNC 3 and be able to access their favourite apps.”

According to the report, the industry’s adoption of Apple CarPlay and Android Auto, which together cover more than 98 per cent of the US smartphone market, since their introduction in 2014 has been slower than anticipated, with some automakers falling behind their announced timelines.

In many cases, the features were being added as part of a vehicle’s redesign or freshening, in contrast to Ford’s all-at-once approach, it stated.

Apple and Google Inc, which developed Android, said their in-car systems were designed to reduce distraction and create a seamless, nearly identical experience across all vehicles.