The invasion of the home of Mr. Richie Etonye, an accountant attached to the Bayelsa State Government House by the police, has triggered a war of words between Governor Seriake Dickson and the All Progressives Congress in the state. 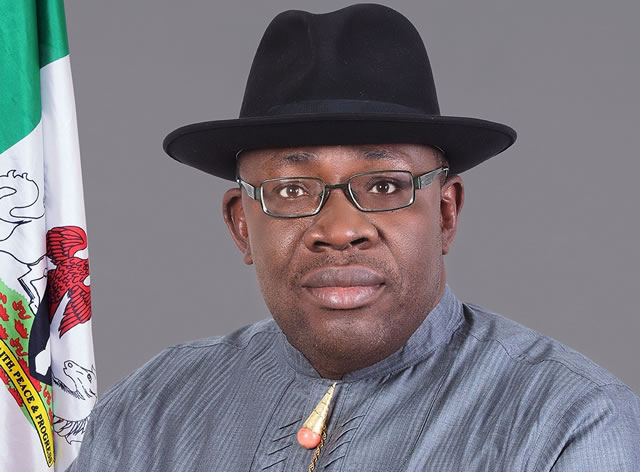 Policemen numbering over 50 had last Tuesday, August 23, 2016, invaded the home of the governor’s aide over missing money belonging to the government which was put in the region of $4.6m.

Dickson had in a statement on Saturday by his Chief Press Secretary, Daniel Iworiso-Markson, condemned the invasion of his aide’s residence and wanted the policemen involved in the raid prosecuted.

The governor, who described the invasion of Etonye’s home as an “an act of irresponsibility”, alleged that the invasion was conducted on the instruction of leaders of the APC in Abuja.

Dickson had said that since the APC won the Presidential election, its leaders in Bayelsa had been manipulating the federal security agencies to harass, intimidate and invade the homes of innocent citizens and non-APC members to settle political scores.

According to him, the invasion of the residence of the governor’s aide was a classic example of the politicisation of the security agencies.

Dickson had said, “These same APC leaders are the ones involved in the killings and ransacking of communities in Bayelsa State, yet they are yet to be apprehended. It is these same politicians that give the false tip-offs to security agencies for the invasion of their opponents’ homes.

“Government, therefore, calls on the police and other security agencies to be wary of such false information. They are also advised to confirm such tip-offs from the local security in the state and involve them before taking action.”

But the APC, in a reaction on Sunday, challenged the Economic and Financial Crimes Commission to immediately wade into the allegation that a government accountant (Etonye) bolted away with the sum of $4.6m cash.

The party, in a statement by its state Publicity Secretary, Fortune Panebi, also berated the governor over his silence on the matter, describing such as admittance that something had actually gone wrong within his “inner circle of financial scavengers.”

The APC said, ‘’The story about the allegedly stolen cash of $4.6m is shocking. This development assaults the collective psyche of the people of Bayelsa State, especially at a time  Dickson has decided to impoverish workers by deliberately suffocating them through non-payment of their rightful wages.

‘’We had waited in total disbelief that such an act could be brazenly perpetrated by the governor. We had asked where and how possible it was for him to keep such a huge cash in dollars.

“But Dickson’s response to the news about the stolen money on Friday clearly betrayed him that he is indeed the leader of a financial scavengers’ ring bleeding the state of its finances.

‘’This is a test case that the EFCC should immediately intervene to unravel and prosecute without delay. For the Nigeria Police Force, the ball is in its court to clear its name.”