The crisis rocking the Peoples Democratic Party continued on Wednesday as its factional National Chairman, Senator Ali Modu Sheriff, said there was no room for a caretaker committee for the party at the national level. 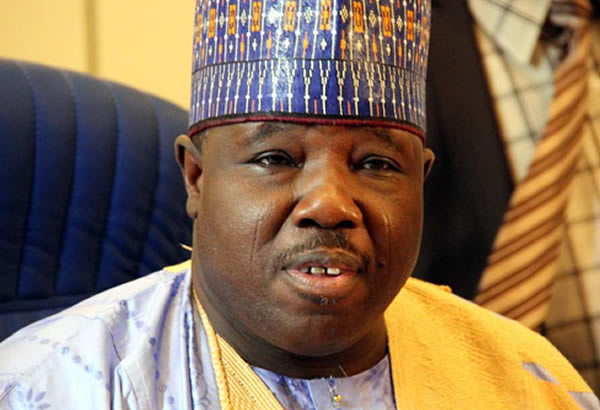 He said because of this, it was wrong for the Board of Trustees of the party to make reference to the caretaker committee in its handling of the crisis within the party.

Just as Sheriff spoke in Abuja, the Senator representing Ogun North-East, Prince Buruji Kashamu, warned that the barrage of court cases instituted against the party might last till 2019.

He said the leaders of the party must do everything to put an end to the crisis before political activities gathered momentum ahead of the 2019 general elections.

Sheriff, in a statement signed by his Media Aide, Mallam Inuwa Bwala, insisted that the Caretaker Committee led by “Senator Ahmed Makarfi is an illegal body and cannot organise the convention of the party.”

While faulting the BoT’s position granting recognition to the caretaker committee, Sheriff maintained that, “there is no provision for a caretaker at the national level in the PDP constitution.”

He added that, “a competent court has pronounced it (the caretaker committee) as illegal, while affirming Sheriff as the chairman.

“Because of these, references should not even be made to the caretaker committee in looking for solutions to the PDP crisis.”

He accused the BoT of taking sides in the party crisis, which he said involved two sides within the same party.

He said as much as he respected the BoT members, “most of whom are very credible Nigerians,” he cautioned them against allowing themselves to be dragged into fighting a war which would benefit individuals.

Kashamu also said it was wrong for the BoT to have backed the Makarfi-led caretaker committee, warning that even if the next national convention was held in Abuja, it won’t heal the wound of the members.

Meanwhile, the caretaker committee has denied taking any of the judges to court for adjudicating in matters affecting the party.

It said that it was not involved in the case where the party was alleged to have sued Justices Ibrahim Auta and Okon Abang as a result of their involvement in the judgment delivered on the party.

Makarfi, who stated this in a statement in Abuja, called on those who initiated the case to withdraw it immediately.

He said, “We wish to state unequivocally that we are not part of the suit at the Federal Capital Territory High Court; and therefore, we are urging any loyal party member or group that initiated the suit in question to immediately withdraw the suit.”

In the statement which was signed by his Special Adviser, Dr. Ibrahim Umar, Makarfi said there was “no reason to sue the two justices of the Federal High Court and the party will continue to rely strongly on the judiciary as the last hope of the common man knowing fully that its only our dependence on court judgment that will continue to stabilise our democracy and bring about good governance.