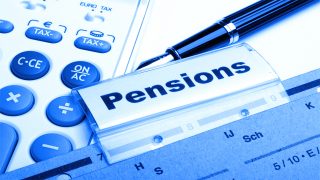 The Chairman, OAK Pensions, Dr. Awa Ibraheem, disclosed this in its annual report that he presented during the company’s 11th Annual General Meeting in Lagos.

He also said that the company was committed to generating increased returns on the Retirement Savings Accounts of its contributors.

Ibraheem said, “We made profit this year and we are satisfied with the returns we are generating for our RSA holders, which I believe is a product of the service we are rendering. What is important to us is effectiveness in the totality of the services to our stakeholders.”

The chairman also said that OAK Pensions was increasing its accessibility in all parts of the country.

While speaking on the efforts to take pensions to more Nigerians, he said that the company already had offices in the six geopolitical regions.

According to him, an individual only needs to call the company’s call centre and be attended to.

The chairman also disclosed that the company would explore the potential in the micro-pension scheme when officially introduced by the National Pension Commission.

He said, “We are more than prepared because we have started doing our background work; we are just waiting for the Federal Government to launch the scheme. What we do now is that we have a department that is devoted to micro-pension activities.”

Ibraheem said that the company was interested in helping the informal sector to protect their financial future by providing benefits for them through the Contributory Pension Scheme.