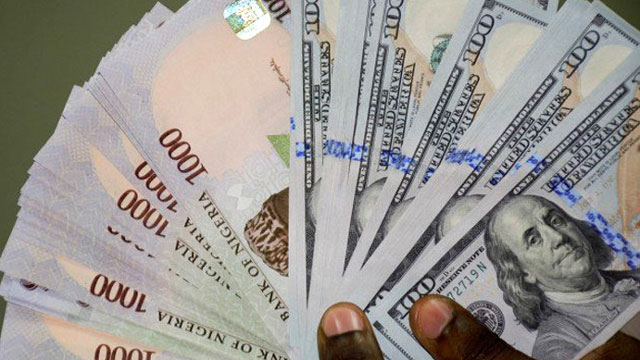 The naira closed at 370 per United States dollar at the parallel market on Friday, reversing the modest gain it recorded on Thursday.

The local unit had closed at 368/dollar on Thursday after closing at 370/dollar for most part of last week.

Analysts had warned that the naira would weaken against the greenback on the black market due to rising demand for the dollar.

The local currency had closed at 364/dollar two weeks ago.

Forex traders said surging demand for the dollar by summer holidaymakers and parents paying school fees for their children abroad were making the dollar to gain strength.

On the official interbank window, the local currency traded around 305.65 a dollar on Friday.

The gain on the investor window in recent times was fuelled by increased dollar inflows from offshore fund managers investing in the domestic equity market, traders said.

Meanwhile, the nation’s interbank overnight lending rate fell sharply on Friday to an average of 12 per cent from around 60 per cent a week ago after the Central Bank of Nigeria repaid matured treasury bills and a refund of excess cash deposited by banks to buy dollars.

The CBN sold $100m at its special intervention auction in the foreign exchange market on Tuesday, which was less than the amount requested by banks, leading to a refund of the excess deposited by banks on Friday.

“The interbank rate is seen climbing again this week as the CBN resumes its aggressive liquidity mop up and sustains its intervention in the forex market,” one senior currency trader said.

The overnight lending rate jumped last week to as high as 100 per cent intraday after the central bank tightened liquidity to support the naira currency.

The regulatory bank has consistently issued OMO treasury bills to reduce excess liquidity in the money market and curb speculation on the local currency.

The CBN sold a total of N68.79bn worth of treasury bills on Friday in its bid to further tighten liquidity in the banking system.