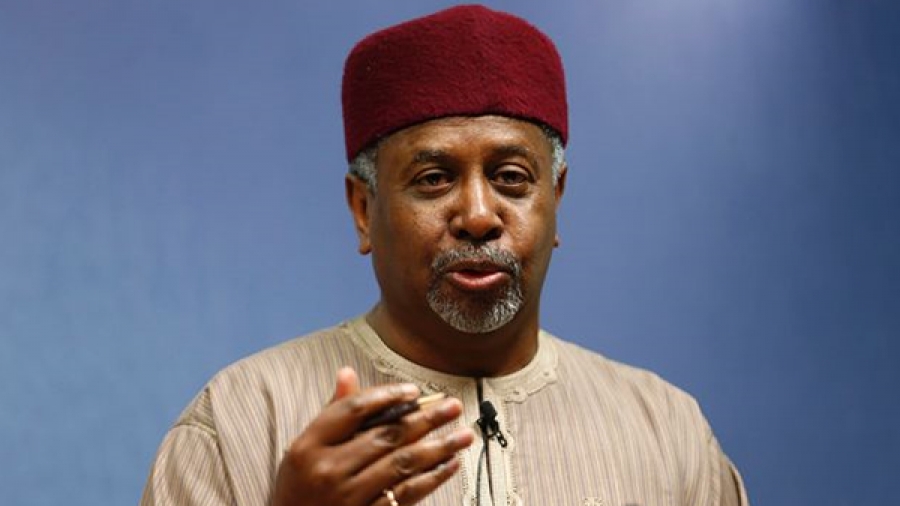 The detained former National Security Adviser,  Sambo Dasuki, is still not disposed to appearing before the Federal High Court in Abuja  to testify in defence of a former National Publicity Secretary of the Peoples Democratic Party, Olisa Metuh, despite the witness summons of the court ordering him to appear in that regard on Tuesday (tomorrow).

It was learnt from court officials on Sunday that Dasuki, through his lawyer, Mr. Ahmed Raji (SAN), had appealed against the October 25 ruling of Justice Okon Abang who dismissed his application challenging the subpoena ordering him to appear in court.

The court official said, “In addition, Dasuki’s team filed an application for stay of execution of the ruling of Justice Abang and impliedly the judgment of the Court of Appeal delivered on September 25 directing Justice Abang to sign the said subpoena and have it served on Dasuki who is the custody of the Department of State Services.

“You will recall that Justice Abang had signed the subpoena as far back as October 3 in compliance with the Court of Appeal’s judgment and directed that Dasuki should be produced in court on October 25.

Our correspondent learnt on Sunday that the trial judge fixed October 31 for the hearing of Dasuki’s stay of execution of the court’s October 25 ruling.

Justice Abang had, in his ruling delivered on October 25, struck out an application by Dasuki, seeking an order setting aside the subpoena directing him (the ex-NSA) to appear in court to testify on behalf of Metuh.

The judge ruled that having been ordered by the Court of Appeal in Abuja on September 29, 2017, to sign and ensure the service of the subpoena on Dasuki, he lacked jurisdiction to hear and determine the motion on merit.

He held that determining Dasuki’s motion on merit would amount to an attempt to review the judgment of a higher court, the Court of Appeal.

He held that all issues raised by Dasuki, through his lawyer, Raji, had become academic since the court lacked jurisdiction to hear the complaints.

According to the judge, to proceed to hear Dasuki’s application would amount to “judicial anarchy.”

During the same October 25 proceedings, Justice Abang gave the court bailiff five days to serve former President Goodluck Jonathan with the witness summons compelling him to appear in court with respect to  Metuh’s trial.

The court also ordered the counsel prosecuting Metuh, Mr. Sylvanus Tahir, to persuade the Economic and Financial Crimes Commission to explore administrative means of ensuring that the DSS produced Dasuki in court on October 31.

Upon applications by Metuh, the court had issued two separate subpoenas on Jonathan and Dasuki, compelling them to appear in court on Wednesday.

Jonathan and Dasuki were summoned by the court upon Metuh’s application requesting that they be ordered to testify in his defence with respect to the sum of N400m which he was said to have received fraudulently from the Office of the NSA in 2014.

But the two summoned witnesses were absent from court on Wednesday.

Ruling after hearing the lawyers involved in the case on Wednesday, Justice Abang noted that without the two summoned witnesses appearing, it would be difficult for the court to make any progress in the case.

In compliance with the court’s order, our correspondent learnt on Sunday that the acting Chairman of the EFCC, Ibrahim Magu, had personally written the Director General of the DSS, Lawal Daura, requesting that the ex-NSA be produced in court on Tuesday as directed by the court.

Meanwhile, Metuh had indicated in a statement last week that he had asked his legal team to review his request to call Jonathan as a witness, following the backlash he had received with respect to the case.