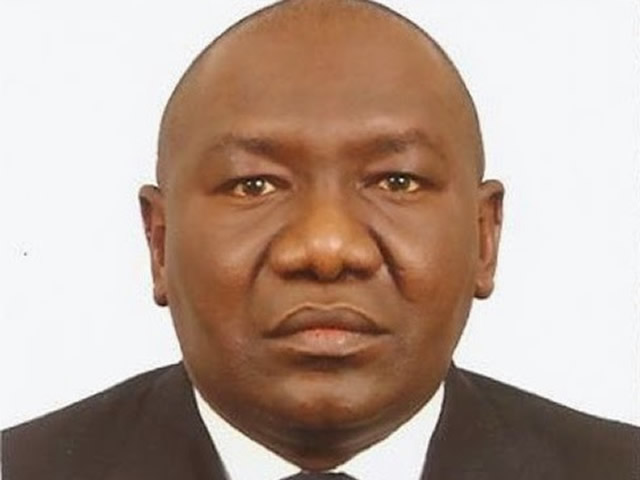 The Executive Vice-Chairman, Aiteo Group, Mr. Benedict Peters, says he has engaged two foreign law firms to defend him against the malicious, unfounded and false allegations hanging over his head.

Aiteo Group, an indigenous oil firm, had reportedly released a statement in September denying that Peters bought a property in England and luxury furnishings for a former Minister of Petroleum Resources, Mrs. Diezani Alison-Madueke, in return for contracts in the Nigerian National Petroleum Corporation.

A fresh statement on Sunday, which was made available to our correspondent, quoted Peters as lamenting that some unfounded allegations had been injuring the reputation of his company, thus, the need for him to hire two foreign law firms to clear his name.

He said the foreign law firms – Mishcon de Reya, the United Kingdom; and Covington & Burling, Washington DC, United States of America –  would “offer both counsel and guidance in dealing with these issues.”

The statement said the foreign law firms would lead efforts to address the “politically-motivated issues” that Peters had been grappling with for about two years.

Peters was quoted as saying that, “These unfounded allegations have caused untold disruption to my family and my business. To ensure that we remain focused, I have engaged two of the world’s leading law firms to offer both counsel and guidance in dealing with these issues.

“There is a toxic culture of politically-motivated witch-hunts that stain reputations, stifles enterprise and keeps foreign investors away from our country. For two years, I have suffered malicious, unfounded and false allegations hanging over my head.

“This persecution is being pursued to diminish the visible endeavours to position our business, and Nigeria, at the apex of the energy industry worldwide. Despite these distractions, I remain focused on the efforts to sustain Aiteo’s growth towards becoming Nigeria’s leading indigenous oil producer. It is time to address the situation and so I have decided that I must take direct legal and other actions to clear my name.”