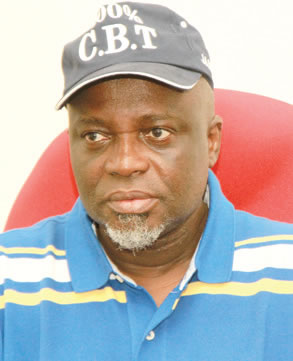 The Joint Admissions and Matriculation Board has said the Unified Tertiary Matriculation Examination in 2018 will hold from March 9 to March 17 in about 620 computer-based test centres nationwide.

The JAMB Registrar, Prof. Is-haq Oloyede, who said this during a stakeholders’ meeting in Abuja on Wednesday, noted that the board had prohibited items such as “wristwatches, any form of pen, while eyeglasses would also be scrutinised.”

Oloyede said the UTME date was chosen “taking into cognizance the dates of other public examinations,” adding that an optional mock examination would hold between January 22 and 27.

The JAMB registrar said each UTME application form would be sold for N5,000.

Oloyede said, “The board has commenced its plans and programmes for the 2018 UTME and Direct Entry in earnest. The two processes, including applicants from foreign countries, will run concurrently.

“The proposed date for the 2018 UTME is from March 9 to 17. On the accreditation of computer-based test centres, the results of the different levels of inspection and accreditation would determine the centres participating in the 2018 exercise. So far, about 620 CBT centres have been pencilled in and they would be allowed to register candidates.

“In the UTME, the board will also introduce electronic jammers at all the CBT centres. In addition to telephone and other materials at examination venues, the following items such as wristwatches and any form of pens are prohibited. Eyeglasses are also to be scrutinised.

“It is proposed that the sale of forms would commence in November and end in January spanning a period of two months as against one month in the 2017 exercise.

The registrar said 160 units of computers had been purchased to enhance the conduct of the 2018 UTME for prison inmates in Ikoyi, Lagos State, and Kaduna State.

“The UTME will be conducted in Benin Republic, Cameroon, Ghana, Ivory Coast, Ethiopia, South Africa, the Gambia, Saudi Arabia and the United Kingdom. The examination will also be conducted in Kaduna and Ikoyi Prisons, where the sums of N18m and N10.8m were provided respectively to buy 100 and 60 units of computer accordingly,” the registrar noted.