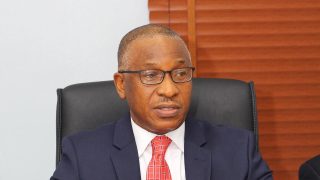 Electricity distribution firms in the country have issued a notice to declare force majeure following the declaration by the Nigerian Electricity Regulatory Commission that eligible customers can purchase power directly from the generating companies.

Force majeure are unexpected circumstances that can be used as an excuse to prevent a party from doing something written in a contract.

However, the Director-General, Bureau of Public Enterprises, Mr. Alex Okoh, has said that there is no basis for the issuance of the notice by the electricity distribution companies.

The Minister of Power, Works and Housing, Babatunde Fashola, had earlier in the year declared that eligible customers could buy electricity directly from power generation companies, as against buying it from the Discos.

The NERC recently issued a guideline and regulation that would see to the enforcement of the eligible customers’ policy, a development that the power distributors have opposed, arguing that if fully implemented, they would lose their major financially compliant customers.

However, in a letter to the Discos, Okoh challenged the assertion by the power distributors that there had been a change in law and political force majeure event pursuant to certain clauses in the Performance Agreement, which the core investors in the Discos signed with the BPE.

In a statement issued by the Head, Public Communications, BPE, Chukwuma Nwokoh, in Abuja on Monday, Okoh rejected the notice to declare force majeure by the Discos.

The Discos had argued that the directive on eligible customers and the Eligible Customer Regulations had resulted in a change of law, which would prevent them from fulfilling their obligations under the Performance Agreement they signed with the BPE.

But Okoh stated that pursuant to the Electric Power Sector Reform Act, 2005, it was obvious that the Minister of Power, Works and Housing was empowered to issue the policy directive and specify the class or classes of end-users that would constitute eligible customers.

He stated that in the same vein, NERC was similarly empowered to issue Eligible Customer Regulations.

“As you are aware, this is the same Act, which midwifed the process whereby the power assets were privatised to the core investors. Given that the declaration and the regulations were lawfully and validly issued by the minister and NERC, and that there has been no change in the law giving rise to a political force majeure event, we are unable to see the basis for the issuance of the notice,” Okoh said.

He added that the BPE, as the contracting party to the agreements which governed the privatisation of the power assets to the core investors on behalf of the government, rejected the notice to declare force majeure.