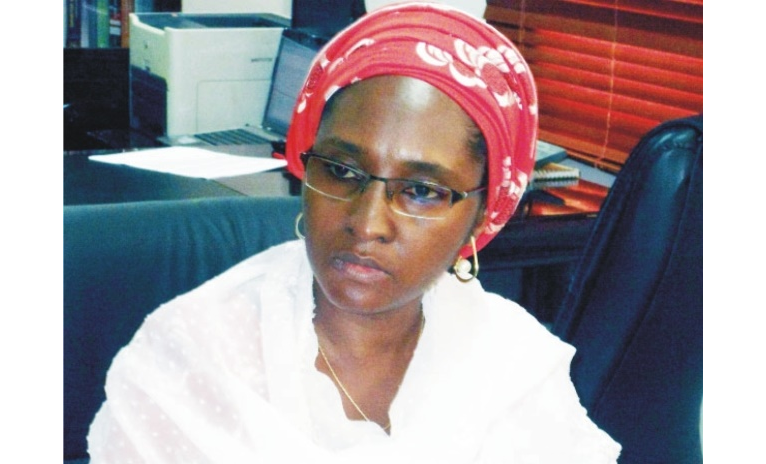 The Federal Government on Monday gave details of the adjustments it made to the 2018-2020 Medium-Term Expenditure Framework and Fiscal Strategy Paper, explaining that they were incorporated in the 2018 budget proposal presented to the National Assembly on November 7 by President Muhammadu Buhari

The President, had before the budget presentation, submitted an earlier version of the MTEF, but captured the revised version in the budget estimates now before the lawmakers.

The Minster of State for Budget and National Planning, Mrs. Zainab Ahmed, told the House of Representatives in Abuja that about N1.5tn adjustments were made to the MTEF, particularly on the revenue projections for the 2018 budget.

Buhari had laid a total budget size of N8.61bn before the National Assembly on November 7 based on the revised MTEF.

Ahmed, who appeared before the joint Committees on Finance, Appropriation, Aid/Loans/Debt Management, said additional N710bn was added to the MTEF from oil operations.

She stated that another N320bn was from Production Sharing Contracts, while exercise duties on cigarettes and alcoholic beverages would add N60bn.

The minister also informed the committee that improvement in revenues by the Federal Inland Revenue Service would add another N100bn, besides N2bn import duty expected from luxury cars and goods imported by the super-rich.

Ahmed said as much as N250bn of unspent funds from the 2017 budget had also been factored into the revised MTEF.

The minister explained that the adjustments also meant that the N2.005tn deficit in the 2018 budget was lower by N940bn, compared to 2017.

“The total deficit is still within the allowable threshold. The deficit will be financed by both domestic and eternal borrowing,” she stated.

According to the minister, the total projected revenue for the budget is N6.6tn, or 30 per cent higher than 2017.

She gave other indices of the budget to include daily oil production target of 2.3 million barrels; $45 crude oil benchmark price; reduced fiscal deficit of 2.5 per cent; GDP growth rate of 3.57 per cent; and an exchange rate of N305 to the dollar.

The session, which was presided over by the Chairman, House Committee on Finance, Mr. Babangida Ibrahim, was held to give the executive the opportunity to defend the MTEF prior to its passage by the House.

Last week, lawmakers had opposed the MTEF on the grounds that the content was different from the budget proposal submitted to the National Assembly by Buhari.

But the committee was not satisfied with the submissions of the agencies on independent revenues, saying that there was still much emphasis on crude oil revenue by the government.

The members directed the Minister of Finance, Mrs. Kemi Adeosun, to urgently submit an updated report on independent revenue component of the budget up to the month of November.

Meanwhile, the CBN defended the government’s decision on the 41 items prohibited from accessing foreign exchange.

The Deputy Governor of the apex bank, Mr. Bayo Adelabu, argued that the policy was introduced to encourage growth in the manufacturing and agricultural sectors of the economy.

He stated, “We still have the items on the restriction list because some of these items can actually be produced locally.

“Take ceramics and tiles for example, we can produce them. The restriction even encouraged many companies to invest massively in agriculture and there is a boost in the local industries.

“Lifting the ban will affect the huge investments of some of these companies.