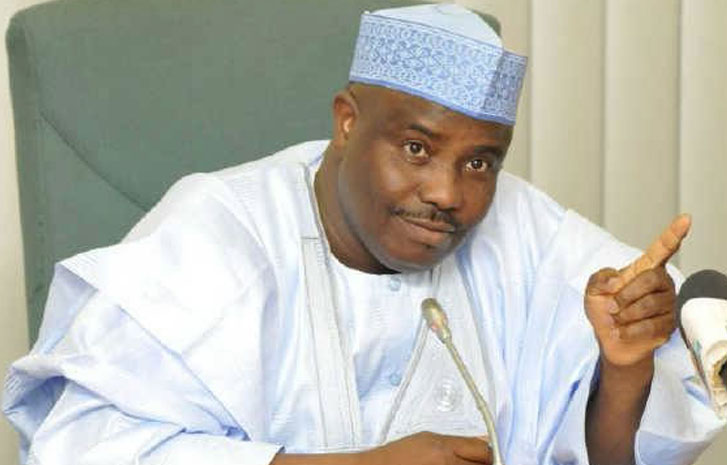 The Governor of Sokoto State, Aminu Tambuwal, has urged Nigerians to reject what he called “prison-yard democracy,” which he said is exemplified by the ignoble meddlesomeness, rascality and high-handedness of some security agencies against democratic institutions, in Nigeria in recent times.

Tambuwal said this in a statement released in Abuja, on Tuesday.

Although the statement was unsigned, our correspondent confirmed its authenticity from the Governor’s media aide, Abubakar Shekara.

He was asked if the statement emanated from his principal, he said, “Yes.”

The statement quoted the former Speaker of the House of Representatives as saying, “Nigerians must, in strong terms, say no to prison-yard democracy, where the rights of the citizenry are shackled to the caprices of a few as if we now run a nation of helpless inmates.

“If the people of Nigeria are so unfortunate to endure the growing nightmare occasioned by deprivation of most things that a democracy should ordinarily provide; if they are now accustomed to the pangs of hunger, unemployment, shabby infrastructure, poor healthcare and general hopelessness, they should, in the interest of democracy and the youth, stand against anything that has the potential of robbing them of their inalienable rights to live and make choices as free citizens.”

Tambuwal condemned the ongoing political logjam in Benue State as well as the activities of the police which last week barricaded the residences of the Senate President, Bukola Saraki,  and the Deputy Senate President, Ike Ekweremadu, in an attempt to prevent them from presiding over plenary.

Tambuwal said, “These are unfortunate incidents, an aberration, a reprehensible attack on the fundamental human rights and privileges of fellow Nigerians and a direct attack on our fledgeling democracy.”