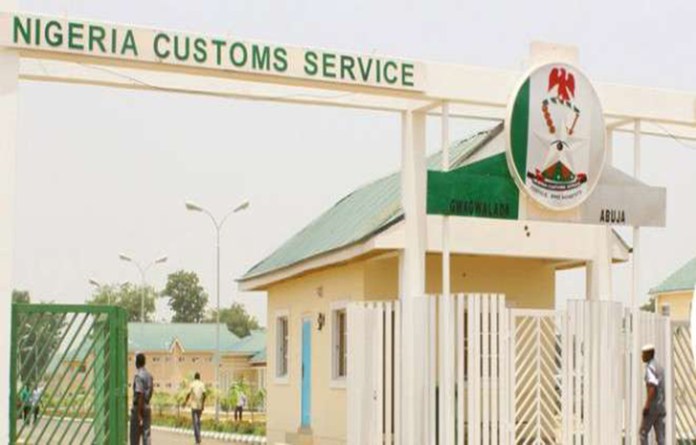 The Federal Operations Units (FOU) Zone ‘A’ of the Nigeria Customs Service (NCS),  said it has intercepted various smuggled items with a Duty Paid Value (DPV) worth N2.24 billion.

The Area Controller of the command, Aliyu Mohammed, who made this known in Lagos, yesterday, said the items were seized within 30 days.

He said the smuggled items include nine bullet-proof Sports Utility Vehicles (SUVs) and 11,000 bags of 50kg foreign parboiled rice, with an approximate DPV of N2.02 billion.

He said that 28 suspects were arrested in connection with the 89 seizures between September 4 to October 3, while two bags of military uniforms were also intercepted.

“The unit also recovered the sum of N220.03 million from Demand Notices (DNs) on vehicles and other general goods that had evaded full payment at sea and airports through false/under-declaration or transfer of value, bringing the approximate total to N2.24 billion.

He said some of the vehicles were intercepted at Ogere and along Ijebu Ode Expressway in Ogun State. The bullet-proof vehicles were trailed and evacuated from some private residences at Victoria Island based on credible information,” Muhammed said.

He said within the review period, the command also seized 11,303 bags of 50kg foreign parboiled rice (equivalent of 18 trailers) and 2,410 cartons of frozen poultry products.

Among the seized items were 853 jerry cans of vegetable oil, 245 parcels of Indian hemp, 4x40ft container of unprocessed wood, 2,017 bales of used clothing and 283 cartons of various pharmaceutical products without NAFDAC number.

More so, Mohammed advised intending car buyers to verify the authenticity of the import and clearance documents with the appropriate Customs Area Controllers (CACs) at the seaports to avoid unknowingly buying smuggled vehicles with the inherent problems.

He decried the high prevalence of smuggling along the Idi Iroko corridor in spite of the quantity and frequency of seizures over the past one year.

The FOU Zone “A” boss, urged the public to join Customs in the fight against smuggling, considering its economic consequences to the Nation.

He noted that politicians, in their bid to buy or reward patronage with gift items ahead of the 2019 elections, were also adding to the rate of smuggling even as the end-of-year festivities approach.

Mohammed, however, commended the efforts of the Comptroller-General of Customs, retired Col. Hameed Ali and his management team for providing the unit with necessary incentives and logistics.