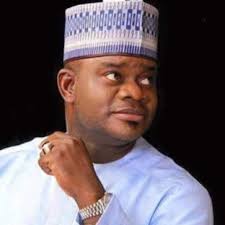 The Kogi State Government has made available 37,000 hectares of land for the construction of affordable houses for workers.

Governor Yahaya Bello announced this at the ground-breaking of the scheme in Lokoja.

He said N10bn had been set aside for the 1,200 housing units to be built for workers in the state.

The governor stated that the initiative was in partnership with the organised labour, comprising the Nigeria Labour Congress, Trade Union Congress, and the Nigerian Employers’ Consultative Association.

Bello said the initiative was in furtherance of the Federal Government’s commitment to providing affordable housing for all workers.

According to him, everyone deserves a decent home, promising that the government would not leave any stone unturned in realising this objective.