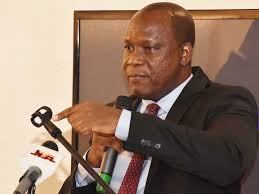 After months of extensive preparation, NIRSAL Microfinance Bank will this month begin operations with a target to reach about 400,000 Small and Medium Enterprises within its first two years.

The NMFB is a brainchild of the Bankers’ Committee, the Nigeria Incentive-Based Risk Sharing System and the Nigerian Postal Service.

The Bankers Committee provided the set-up equity capital and owns 50 per cent of the bank, while NIRSAL and NIPOST own 40 per cent and 10 per cent respectively.

The new financial institution, according to a statement on Thursday, is expected to expand available options and empower SMEs across Nigeria. This is expected to be achieved through structured microcredit to help them establish and expand their businesses.

The statement was signed by the National Coordinating Consultant, NIRSAL MFB, Dr Steve Ogidan. It said the new microfinance bank would have an extensive network of branches with planned presence in all 774 Local Government Areas of the federation and the FCT.

The specific objectives of the bank, according to the statement, are to drive and deepen financial inclusion, provide easy access to credit and other financial services to SMEs, reduce unemployment rate in the rural areas, and reduce rural-urban migration. The statement said NIRSAL MFB would complement and support existing structures and players in the sector to better serve the millions of small entrepreneurs in the country.

Speaking on the development, the Chairman, NIRSAL, MFB, Mr Aliyu Abdulhameed, said the new bank would effectively serve the millions of small entrepreneurs and smallholder farmers in the country.

He said, “The mission and strategy of NMFB are focused on making significant, sustainable and measurable impact on small businesses across Nigeria and, by extension, on the lives of millions of Nigerians dependent on them in the overall interest of the economy.