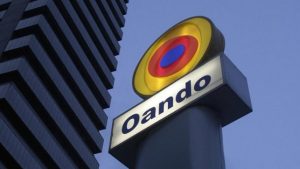 Oando has transformed itself in the past few years from a fuel retailer to an oil producer and now competes with multinationals such as Shell and ExxonMobil, but its growth has been largely built on debt.

It bought ConocoPhillips’ Nigerian assets for $1.5bn in 2013, but high financing costs coupled with lower oil prices hit profit, leaving it unable to repay its debt. It has posted losses including a record $1.10bn loss in 2014.

Tinubu said Oando had paid over 77 per cent of the acquisition debt and plans to pay off the rest in 12 months, which would allow it to resume dividend payments.

He said Oando would be left with total debt of $300m.

Oando’s growth plan is to continue to pursue acquisitions as multinational oil companies sell assets, Tinubu said but added that he would take on new deals after paying down debt.

Exxon Mobil is weighing the sale of its Nigerian oil and gas fields for up to $3bn to focus on new developments in US shale and Guyana, industry and banking sources said.

“Our expectation is that over a four-year horizon, we will no longer have long-term debt,” Tinubu was quoted as saying by email.

In 2016, the Central Bank of Nigeria gave lenders a deadline to reach a deal to resolve Oando’s debt issue, leading to a N94.6bn loan restructuring including asset sales.

Last week, Oando’s losses narrowed to N18.3bn ($59.8m) for 2018 while its auditor, Ernst & Young, questioned its “going concern” status, saying that its current liabilities were in excess of its current assets.

Oando said it would reclassify some current liabilities as long-term liabilities to remedy its working capital by June and swap N27.5bn of debt into equity, it said in a note to its 2018 accounts.

It also plans to sell up to $200m via a rights issue by October and cut its stake in its upstream unit to raise $275m in 2020, Oando said in its accounts.

Tinubu said he was confident with the capital raising initiatives and that over the next 24 months, Oando would raise funds as plans were far advanced.