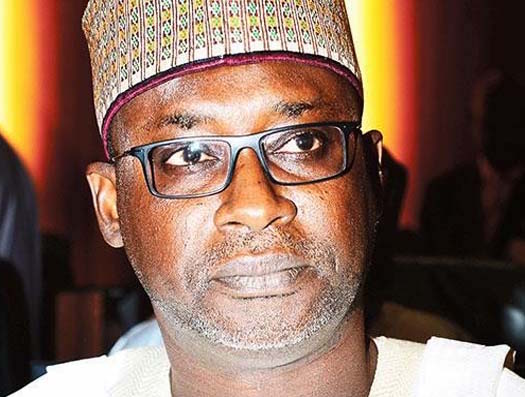 Another external loan of $1bn was approved by the Federal Executive Council on Wednesday.

The session of the council, which was presided over by President Muhammadu Buhari, approved the loan to be sourced from the China-Exim Bank for the Gurara II Hydropower project.

The power plant is planned to generate 360 megawatts of electricity, according to the Minister of Water Resources, Mr Suleiman Adamu, who spoke on the decision of FEC.

The new loan will add to Nigeria’s growing debt stock, which the Debt Management Office admitted last month, stood at N24.387tn as of December 2018.

Only in April, the International Monetary Fund advised Nigeria to slow down on borrowing, particularly from China, due to possible long-term consequences.

The minister, who addressed State House Correspondents after the FEC meeting rose, spoke on the fresh loan and other approvals.

He stated, “The FEC approved $1bn Chinese loan from Chinese EXIM Bank for the Gurara II Hydropower project, which has the capacity to generate 360 megawatts electricity.

“Council also approved the appointment of a consultant to resuscitate the Gari Irrigation Project in Kano/Jigawa states. Council had in 2017 approved for the resumption of the project, which was earlier abandoned for 17 years.

“The consultant is the same appointed in 1998. The contractors are already on the site.

“Council also approved the revised estimated total cost of N10.4bn for the completion of Ile-Ife Dam in Osun State. The project was started in 2004 and abandoned. The completion period is 24 months.”

The Minister of Power/Works/Housing, Mr Babatunde Fashola, also spoke on the approvals made for projects under his ministry.

Among the approvals was the sum of N11.208bn for the procurement of 200,217 meters by the Yola Electricity Distribution Company under the Meter Asset Providers Scheme.

Fashola explained, “As you might know, Yola Electricity Distribution Company is the Disco that was surrendered by the original holder. So, it is under the Federal Government’s management. So, they are buying 200,217 metres for consumers under their franchise, which covers Adamawa, Borno, Taraba and Yobe states.

“The cost of those metres is N11.208bn. It is to be funded from the judgment sum that I previously briefed you about two years ago, that council approved a compromise from an old metre supply dispute since 2003.

“So, that money is in a bank; that is where these metres will be funded from and as consumers pay back the metres as they are supplied, the money goes back into that account.”

On his part, the Minister of Agriculture and Natural Resources, Chief Audu Ogbeh, spoke on the approvals for the purchase of grains for storage.

“Everywhere in the world, silos are owned by the government into which they purchase grains at the end of harvest. The average is usually between two and three per cent of all grains grown.

“In this case, we have got approval to buy 61,000 tons of maize, millet and sorghum and the purchasing will begin shortly.

“We also informed the council of the problem we have with Nigerian grains, especially maize, sesame seeds and groundnuts. An infestation called aflatoxin, which the Minister of Health confirmed, is a very big threat to the liver and the kidney of most consumers.

“Luckily, the International Institute of Tropical Agriculture has found a product which they produce in large quantities and send to Africa for treating the farms, the Silos and the sacks in which we put the grains to eliminate aflatoxin”, the minister told reporters.

He also explained why the country was importing grains right now, saying, “We are purchasing grains grown in the last season.

“First of all, at the time of harvest usually around November, December, January, most of the grains we have in this country are not dry enough. If you buy and put them in poly bags or dump them in Silos, they begin to gather moles and moles are a source of cancer.

“We have pressure from some companies, which operate in this country, that we should allow them to import maize on the grounds that our maize is not of good quality and we said no you must buy local maize because we are dealing with the challenge of an afterthought.”

However, he said the policy of the government on eating home-grown food remained unchanged, adding that it was the reason the country saved up to $21bn on imports since 2015.