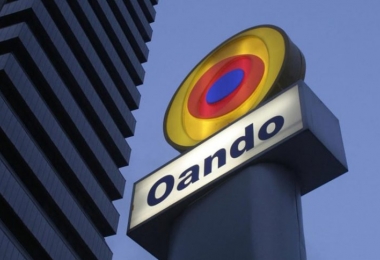 They queried the regulator’s powers to impose such sanctions, claiming that its actions would harm the firm, damage shareholders’ investment and weaken market confidence.

On Friday, SEC announced the conclusion of the investigation of Oando and barred its Group Chief Executive Officer (GCEO), Mr Wale Tinubu and the Deputy GCEO, Mr. Omamofe Boyo, from being directors of public companies for five years.

It also directed the payment of monetary penalties by the company and affected individuals and directors, and refund of improperly disbursed remuneration by the affected board members to the company, among other actions.

But Oando said that the “alleged infractions and penalties are unsubstantiated, ultra vires, invalid and calculated to prejudice the business of the company.”

It obtained a Federal High Court injunction on Monady to restrain SEC from taking any step concerning its imposition of N91,125, 000.00 fine on Tinubu, and barring him and Boyo from being directors of public companies for a period of five years.

One of the company’s shareholders, Kabiru Tambari, said yesterday that SEC’s actions “defied logic” and could kill the company.

Speaking on behalf of the Sokoto shareholders of the firm, Tambari said: “We are not happy at all with has happened. Wale Tinubu and his management team have suffered, they have put their resources; energy, time; to keep this company moving forward and now the SEC wants to take it away from not just them but us the shareholders as well.

“When the company was making losses the SEC didn’t bring up all these infractions and sanctions, but now the company is doing well, and has returned to profit and they’ve come with such drastic actions. This will foil the company’s attempt to pay us dividend at the end of the year. It is clear that the SEC wants to kill the company.

“How else do you explain an action such as this that defies logic? We, the shareholders, who the SEC are meant to be protecting are not satisfied with the way this has been handled.

“They should think of the effect their actions will have on the market, if this continues, the company will not be able to pay salaries, the shares will be devalued badly leaving us in a precarious position. We implore the Court to look into the matter carefully and adjudicate accordingly.”

Another shareholder, Mr. Patrick Ajudua, alleged that  SEC may have overreached itself.

Ajudua, who is the National Chairman, New Dimension Shareholder Association, said: “The SEC’s findings on Oando speak volumes. As shareholders of the company, we are more interested in the protection of minority shareholders, the development and protection of the capital market.

“The consequences of these far reaching directives from the regulator will have an adverse effect on the share price of the company both locally and internationally, market integrity, rule of law and expected returns on investment.”

Ajudua claimed that the SEC, as presently constituted, has no power to issue such far reaching directives without the consent of a Board.

He added: “Disappointedly, the regulator has been operating without a board for more than four years and as such is like a car without a pilot, a human being with a body but no head. Even the USA SEC has not operated without a board since 1939.

“The law setting up SEC is very clear on power, authority and function of an acting DG. Therefore it is my submission without prejudice to the rights of Directors of Oando to seek judicial intervention that the SEC as a body had gone beyond the remit of their powers.

“I strongly support the steps taken by Oando in seeking legal redress and justice. SEC as the apex regulator of capital market must be seen to operate within the rule of law, you can’t beat a child and ask him not to cry.”

Chukwu, Chief Executive Officer (CEO) of Cowrie Asset Management said: “For the past four years the SEC has not had a Board and the absence of an oversight body is a major constraint to a regulator like SEC.

Another Twitter user, Yinka Ogunnubi, questioned the regulator’s powers to impose the sort of sanctions it did, saying: “I think it’s time we started asking ourselves some very important questions; does the SEC have the powers to remove Directors of a listed Company? Does the SEC which doesn’t have a Board have the locus standi to take actions against a listed company based on corporate governance issues?”