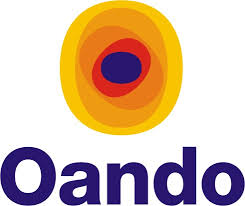 Oando Plc has said it stands to lose significant shareholder funds following the suspension of its Annual General Meeting by the Securities and Exchange Commission.

The oil firm’s share price fell further at the end of trading on the Nigerian Stock Exchange on Tuesday, dropping by 2.60 per cent to N3.75.

SEC announced on Monday morning in a statement that it had suspended Oando’s AGM slated for Tuesday, June 11, 2019 till further notice “further to the ex-parte order of the Federal High Court, Ikoyi Lagos in Suit No: FHC/L/CS/910/19 in Mr Jubril Adewale Tinubu & Anor V Securities and Exchange Commission & Anor.”

But Oando, in a statement on Tuesday, said it disagreed with the position of the apex capital market regulator.

It said, “We have received notification from the Securities and Exchange Commission by a letter, dated Monday, June 10, 2019 at 12:42pm, directing the suspension of the validly convened 42nd Annual General Meeting of Oando Plc on the premise of the ex-parte order of the Federal High Court, Ikoyi Lagos in Suit No: FHC/L/Cs/910/19 in Mr Jubril Adewale Tinubu & Anor V Securities and Exchange Commission & Anor.

“The company disagrees with the SEC’s position that its directive to suspend the 42nd AGM accords with the ex-parte order. Oando Plc, by notice to the public and its shareholders on May 10, 2019, validly convened its 42nd Annual General Meeting. The actions contained in the SEC’s letter to the company, dated Friday, May 31, 2019, were effectively put in abeyance by the ex-parte order of the Federal High Court, which was granted on Monday, June 3, 2019.”

According to oil firm, the action taken by SEC in directing a cancellation of the AGM is not in the best interests of the company and its shareholders who have travelled at great expense, from far and wide, to attend the annual meeting of their company.

“The company also stands to lose significant shareholder funds by the attendant cancellation of the AGM at such short notice. The company reserves its rights to take all legal steps to protect its business and assets whilst remaining committed to act in the best interests of all its shareholders. A new date for the AGM will be announced in due course,” it added.

On May 31, SEC ordered Oando’s Group Chief Executive Officer, Mr Wale Tinubu, and other affected board members to resign. But the company immediately replied, saying the alleged infractions and penalties were unsubstantiated, ultra vires, invalid and calculated to prejudice the business of the company.

SEC announced on June 2 that it had set up an interim management team to oversee the affairs of the company and conduct an extraordinary general meeting on or before July 1, 2019 to appoint new directors who would subsequently select a management team for the company.

However, the Federal High Court sitting in Lagos granted an interim injunction on June 3 following an application by Oando’s GCEO and his deputy, restraining SEC from executing the sanctions.