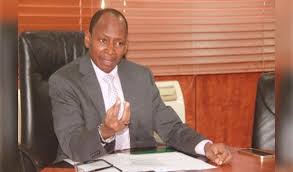 The Federal Government saved about N273.8bn through the implementation of the Integrated Personnel and Payroll Information System.

The Accountant-General of the Federation, Ahmed Idris, said this at a meeting of Vice – Chancellors, Registrars and Bursars of Federal Universities held in Abuja.

The AGF described the IPPIS scheme as one of the Federal Government’s reform initiatives designed to achieve a centralised payroll system of the Federal Government, facilitate easy storage, update and retrieve personal records for administrative and pensions processing to aid manpower planning and budgeting as well as to comply with the global best practice.

A statement on Wednesday from the Office of the Accountant-General said that the amount was saved between 2017 and 2018.

He explained that the amount would have been lost, adding that the fund was now available for spending on government projects.

He said the Federal Government had concluded arrangements to enrol Federal Universities in Nigeria on the IPPIS payment system to promote probity, transparency and accountability in government expenditure in order to achieve the desired objectives of centralising payroll system.

He said that the centralised payroll would be prepared by each university but co-ordinated by IPPIS while the total management of the Human Resources would rest squarely with the universities.

Idris also assured them that if they complied with the presidential directive on IPPIS platform enrolment, the IPPIS would accommodate all peculiarities such as sabbatical, visitation, honorarium and earned allowances, among others.

In his remarks, the Executive Secretary of the NUC, Prof. Abubakar Rasheed, described the IPPIS scheme as the best way to overcome some of the challenges affecting the universities.