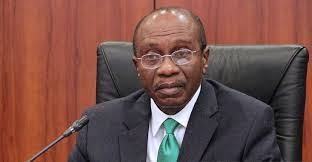 Deposit Money Banks have given about N241.87tn loans to manufacturing, agriculture, oil and gas firms and companies operating in 15 other sectors of the economy in the last four years, IFEANYI ONUBA reports

The total credit of Deposit Money Banks to the manufacturing, agriculture, oil and gas firms and companies operating in15 other sectors of the economy hit about N241.87tn during a four-year period, covering 2015 to 2018, an analysis of the banking sector credit has revealed.

The amount was arrived at based on the analysis of the credit given by Deposit Money Banks to these sectors of the economy during the four-year period as contained in a report obtained from the National Bureau of Statistics.

A breakdown of the loans to the economy showed that the oil and gas sector with a total loan portfolio of N49.8tn accounted for the highest chunk of bank credit.

The total amount given out as loans to the oil and gas sector is about 20.6 per cent of the entire credit advanced by banks to the 18 sectors of the economy.

Our correspondent observed that the manufacturing sector with a total loan portfolio of N33.01tn during the four-year period accounted for the second largest beneficiary of banks’ credit.

But unlike the oil and gas sector that recorded quantum leap in year-on-year credit, such could not be said of the manufacturing sector.

The N33.01tn loan which the manufacturing sector got during the four-year period was about 13.6 per cent of the total credit given by banks during the period.

Further analysis of the loan portfolio to the economy showed that credit to the government at N19.48tn followed the oil and gas and the manufacturing sector.

For companies that are engaged in trade and general commerce, the total loans from banks to them during the period under review was put at N16.38tn.

Further findings showed that companies operating in the finance and insurance sector got the sum of N14.69tn.

The analysis revealed that the sector got N3.15tn in the first quarter, N3.49tn in the second quarter while the third and fourth quarter had N3.89tn and N4.15tn respectively.

For farmers and other companies operating in the agriculture sector, a total of N11.41tn was provided as loans from banks during the four-year period.

For companies in the transport sector, the sum of N6.17tn was provided as loans by banks during the four-year period.

Further analysis showed that companies operating in the power and energy sector received the sum of N6.51tn during the four-year period.

Out of this amount, the sector was funded with N1.33tn in the first quarter. For the second, third and fourth quarter, companies operating in that sector of the economy got loans of N1.6tn, N1.85tn and N1.67tn respectively.

Some finance and economic experts said that the Central Bank of Nigeria should reduce the lending rate to make it easier for businesses to borrow and expand their operations.

The experts said a reduction in the lending rate was long overdue as many businesses were currently finding it difficult to service their debt obligations.

A Developmental Economist, Odilim Enwegbara, said while the monetary authority had argued that lending rate could not be higher than the  inflation rate, in countries like Japan and Turkey, their interest rates are lower than the inflation rate and bank still lend.

He said, “The government must mandate banks to reduce it  (lending rate) and lend to key sectors of the  economy because one thing is for the rate to be lower and another is the banks’ willingness  to lend.

“If the lending rate is reduced, the cost in servicing debt by  the Federal Government would reduce.

“The government should make these banks to invest in the real sector instead of giving money to importers of finished goods. The manufacturing sector should get single digit lending rate , importers of finished  goods should borrow at 15 per cent while lending to the government should be done at a single digit. This will reduce the level of inflation in the country.”

The Lead Director, Centre for Social Justice, Eze Onyekpere, said that the high lending cost was a major reason why many debtors were finding it difficult to service their loans.

This, he added, had led to a continuous increase in the huge  non-performing loan portfolio of banks.

He said, “We have been saying it repeatedly that the high lending rate is not good for the economy. How do you expect a business to borrow money at 30 per cent and remain competitive? There is no way that kind of interest rate can support the growth of the economy.

“So the lending rate should be reviewed downward so that businesses can have access to cheaper funds, because that is what the country needs at this time.”