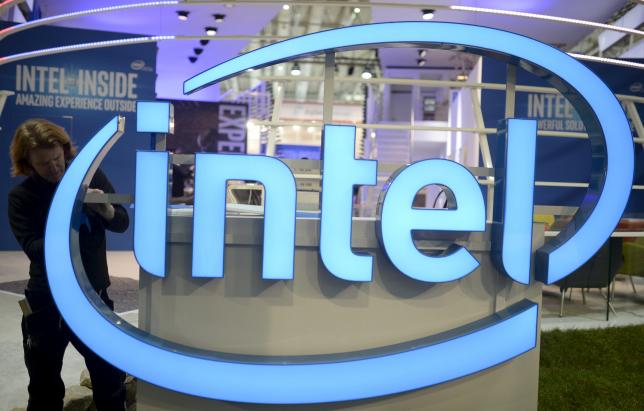 Intel Corp (INTC.O) said on Tuesday it would cut up to 12,000 jobs globally, or 11 percent of its workforce, as it refocuses its business towards making microchips that power data centers and Internet connected devices and away from the declining personal computer industry it helped found.

Tech companies including the former Hewlett Packard Co and Microsoft Corp (MSFT.O) have reorganized in the face of the PC industry decline. Many new tech users around the world turn to mobile phones for their computing needs, and corporations increasingly rely on big machines rather than desktop models to run their businesses. Global personal computer shipments fell 11.5 percent in the first quarter, tech research company IDC said on Monday.

Intel, the world’s largest chipmaker, lowered its revenue forecast for the year. It now expects revenue to rise in mid-single digits, down from its previous forecast of mid- to high-single digits.

Most of Intel’s factories are in the United States, although it did not identify where cuts would be focused geographically. It said it would record a pretax restructuring charge of $1.2 billion in the second quarter and expected annual savings of $1.4 billion per year starting mid-2017. (bit.ly/1WDPfBm)

The company also said Chief Financial Officer Stacy Smith will move to a new role leading sales, manufacturing and operations. Intel said it would begin a formal search process for a new CFO.

Smith said that Intel now expects the PC market to decline by a percentage in the high single digits in 2016 versus a prior forecast of a mid single-digit decline. Declines in China and other emerging markets are also leading to greater than anticipated reductions in worldwide PC supply chain inventory, Intel Chief Executive Brian Krzanich said on a conference call.

“PC demand, at least in the eyes of Intel, is expected to be weaker than the industry originally anticipated,” said Angelo Zino, an equity analyst at S&P Capital Global Market Intelligence.

He added that although the industry has already seen some of the weakness experienced by Intel, the company’s comments dashed any hope of recovery.

The Santa Clara, California-based company has been focusing on its higher-margin data center business as it looks to reduce its dependence on the slowing PC market. Intel has also made inroads into the mobile devices market, although competitors Qualcomm Inc (QCOM.O) and Samsung Electronics Co(005930.KS) dominate there.

Intel said in a statement the job cuts would be carried out by mid-2017 and the restructuring would “accelerate its evolution from a PC company to one that powers the cloud and billions of smart, connected computing devices.”

Sales of products for the data center and the Internet of things accounted for 40 percent of revenue and the majority of operating profit, it added.

Raymond James analyst Hans Mosesmann, who rates Intel “under perform” said the problems leading to the job cuts were likely more about Intel than the broader tech industry.

“The bigger issue is the restructuring and will it be enough for the company to properly adapt to a changing environment where cloud and IoT competitive dynamics are quite different,” Mosesmann added.

On a per share basis, the company earned 42 cents per share, in the first quarter, up from 41 cents a year earlier.

Up to Tuesday’s close, Intel’s shares had fallen 8.4 percent this year, compared with a slight gain in the broader semiconductor index .SOX.

(Reporting by Narottam Medhora in Bengaluru and Peter Henderson in San Francisco; Editing by Sriraj Kalluvila and Diane Craft)