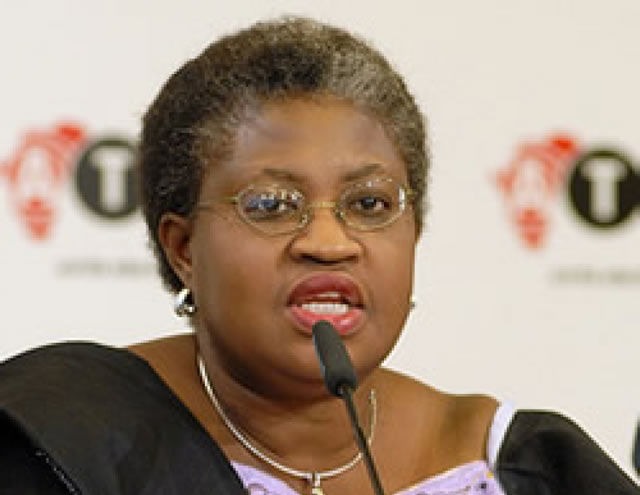 Former Minister of Finance, Dr. Ngozi Okonjo-Iweala has revealed how the administration of ex-President Goodluck Jonathan created 10,000 jobs through a special entrepreneurship programme for Nigerian women.

She said, “How over the last two years did this come about, you many wonder.

“The idea first came to me in 2013, when I became Nigeria’s minister of finance for a second time. I had grown tired, quite candidly, of the phrase gender mainstreaming.

“It wasn’t getting us anywhere fast enough. Yet here I was, minister of finance, with so many tools at my disposal, what excuse could I give for not moving forward on this? So I sat down with my team and asked, ‘What can we do? What incentives can we offer through the budget, that’s the big tool we have that would really empower women and move us toward gender equality?’ It took us some time, but we realised we had this powerful instrument and we needed to use it.

“The president was supportive. We came up with the idea to work with the World Bank Group and the UK aid agency, DFID. And we designed a system whereby, through the budget, if a ministry delivered certain additional results for girls and women over and above its targets it would receive additional budget as an incentive.

“We offered this to the cabinet on a voluntary basis and five ministries initially signed up: agriculture, health, water, communication technology, and public works. The ministry of women’s affairs agreed to monitor and evaluate progress, and our colleagues, partners, and the donor community agreed to support our initiative.

“When the president announced it in parliament, he was booed by male parliamentarians and cheered by female MPs, but it passed. It stayed in the budget and achieved excellent results

“We developed a program for women entrepreneurs. A World Bank team supported us, and again we achieved spectacular results. We used a portion of the budget to incentivize young entrepreneurs, 40 and younger, who would register their businesses, get peer learning and mentoring, and a grant if they won a business planning competition.

“In the first round, only 17 percent of the applicants were women. But more than 50 percent of small and medium-sized firms in Nigeria are run by women. So we held a second round just for women, setting aside about US$8 million dollars. About 64,000 thousand people applied. We ultimately selected 1,200 women to receive grants of US$10,000 to US$90,000—and they created about 10,000 new jobs.”

Okonjo-Iweala further stated that the programmes initiated during the immediate past administration are helping women and men at the grass-roots.