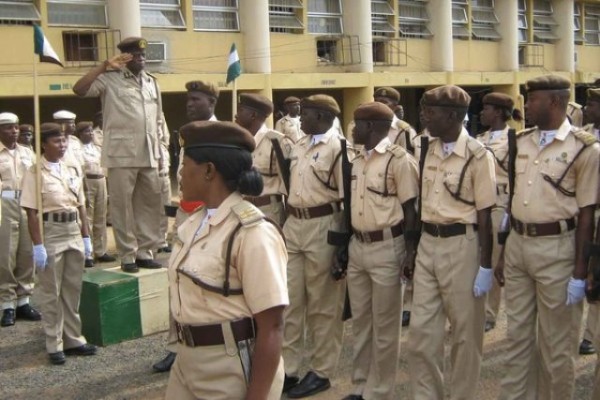 The Federal Government  has approved the review of the case of 2,000 applicants who were dismissed during recruitment training into the Nigeria Immigration Service in February, 2015.

The applicants had on many occasions staged protests over their dismissal at the Ministry of Interior in Abuja, prompting the government to hold several meetings with the aggrieved youths during which they were informed that the FG would review their case.

Following an emergency meeting of the Civil Defence, Fire, Immigration, and Prisons Services Board  on August 11, 2016, the board issued a guideline for the screening of the applicants, according to a statement on Monday in Abuja by the NIS spokesman, Ekpedeme King.

It said that the guidelines include security clearance, drug test, certificate verification and implementation of CDFIPB policy on “Age on Rank.”

“Consequent on the above, applicants whose names are listed in the NIS website, www.immigration.gov.ng  are requested to report to the NIS Headquarters, Abuja with their academic certificates, birth certificate, previous employment records (if any), indigene certificates  (originals and photocopies), two passport photographs, and in  batches,” the statement said.

It directed the applicants on rank, Assistant Superintendent of Immigration II, (CONPASS 08) from Abia and Jigawa states to report on August 29, while those from Kaduna and Zamfara States were asked to come for screening on August 30.

Assistant Inspectors of Immigration (CONPASS 6), from Abia-Jigawa were to report on August 31 and those from Kaduna-Zamfara, September 1.

The statement directed those on CONPASS 3,4,5, from Abia-Edo States to come for screening on September 2; Ekiti -Kwara, Sept. 3 and Lagos -Zamfara, Sept. 4.

“The general public should please note that the exercise is not a call for fresh recruitment, therefore, no application for recruitment should be forwarded to the NIS,” it added.