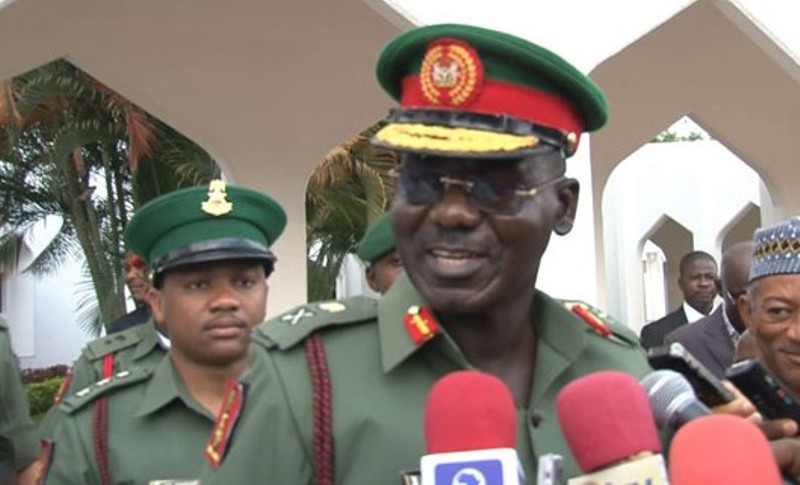 The Chief of Army Staff, Lt. Gen. Tukur  Buratai, has said the Federal Government will deploy 10,000 troops in the Niger Delta in 2017.

He said so far, the government had deployed 3,000 military personnel as part of its operation, codenamed, ‘Operation Crocodile Smile’ in the region.

Buratai stated this when he paid a courtesy visit to the Bayelsa State Governor, Seriake Dickson, at the Government House, Yenagoa on Thursday.

The Army chief said his visit was part of the OCS operations.

He said, “The army has deployed about 3,000 officers and men, as well as equipment for the exercise.

“The number of personnel will be increased to 10,000 by next year.”

Buratai added that the exercise was aimed at training officers in marine combat operations “because the state is largely riverine and borders the Atlantic ocean and therefore prone to external aggression.”

He said the exercise was to also prepare the army against external and internal aggression.

The COAS explained that the military had also been engaged in promoting civil, military relationship in the areas of medical outreach to citizens, road maintenance and education.

He added that the military took its rules of engagement seriously, even during conflicts.

Buratai assured the communities in the Niger Delta that the ongoing military exercise was designed to protect them.

He told the communities to remain calm, noting that troops involved in the exercise understood the rules of engagement and would strictly adhere to them.

In his remarks, Dickson appreciated the military for their selflessness in discharging their duties.

The governor also commiserated with them over the death of some soldiers in a boat mishap that occurred in the state.

He, however, urged them to adopt dialogue as a means of fighting criminality in the region.

Also, the Joint Task Force, Operation Delta Safe, said there was no iota of truth in a report that soldiers invaded Peremabiri community in the Southern Ijaw, Bayelsa State.

The outfit said the report that soldiers destroyed buildings and carted away cash and valuables was false and should be disregarded by members of the public.