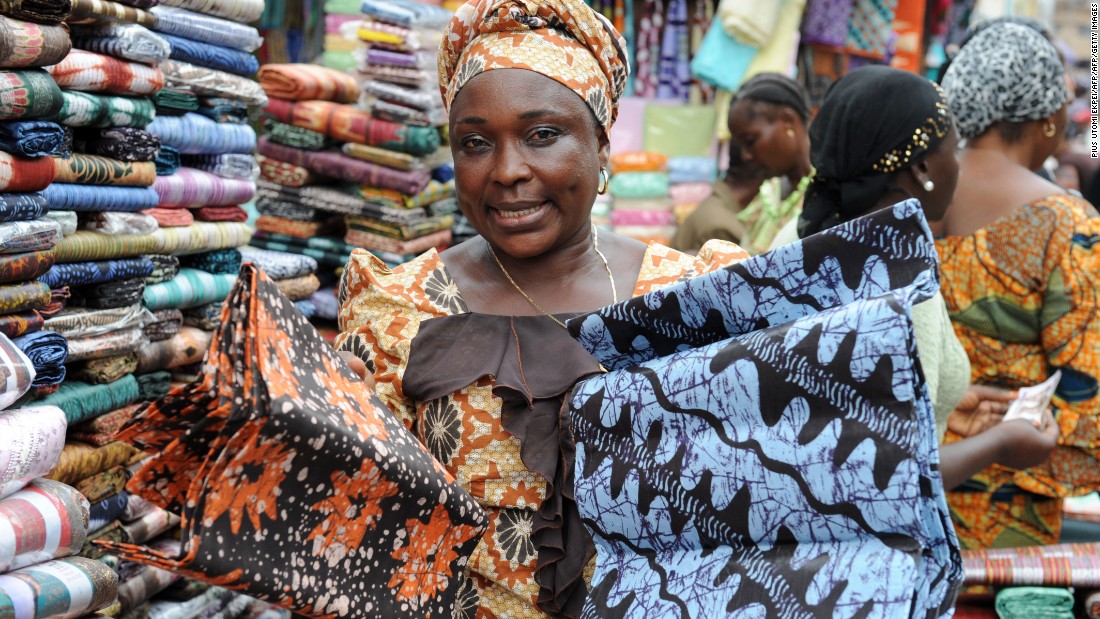 Nigeria’s econom­ic downturn has continued to take a heavy toll on the country’s overall socio-politi­cal development.
One of the hardest hit sec­tors over the years has been the textiles industry – a situa­tion which has been worsened by the current economic reces­sion.
Investigations indicate that out of 134 thriving textiles factories in the country, a total of 104 have shut down nationwide within the last 13 years – with only 30 of them still barely surviving.
The premises of many of these moribund factories are now mostly covered by weeds and inhabited by reptiles.
Insiders in the industry at­tribute the collapse to the harsh operating environment in the country and the dumping of foreign textiles materials, es­pecially from Asia.
The human capital of these desolate industries, the workers, have not fared any better.
More than 700,000 work­ers in the textiles industry have lost their jobs within the last 13 years.
Investigations by our re­porter showed that during the booming period in the sector, there were 11 textile factories in Kaduna with about 30,000 workers; and 26 companies in Kano – with a workforce put at 120,000.
The Lagos axis, the hub of the nation’s textiles industry, had a total of 60 textile compa­nies with a combined workforce of 250,000.
Aba, Port Harcourt and Asaba had six textile mills with 25, 460 workers.
Apart from these huge numbers of workers who were directly employed by the tex­tiles companies, investigations showed that about 1.3 million persons were also estimated to be indirectly engaged by those textile mills in different ways.
Most of the direct and indi­rect jobs in the textiles industry nationwide are gone.
A visit last week by this re­porter to some of the textiles companies situated in differ­ent parts of Kaduna, mostly in the Kakuri axis, showed that weeds and reptiles have taken over their premises.
Their gates were mostly locked up, with nobody at the gates in most of them. In a few cases where some gatemen were seen near the locked gates, they refused to speak on issues con­cerning their companies.
Retrenchment without the payment of entitlements has taken a heavy toll on former workers of the 11 textile mills that operated in Kaduna State alone when the going was good.
Our investigations showed that 2,974 of over 8,000 work­ers who lost their jobs in those companies have died without collecting their entitlements after 13 years of closure.
A top official of an association that calls itself the “Coalition of Closed Unpaid Textiles Work­ers, Kaduna State Chapter,” who pleaded anonymity “for fear of victimization by government”.
The official described the owners of those companies, including 19 Northern States Governments, as “callous and heartless”.
He said that every effort made by his coalition and the Nigerian Textile Manufactur­ers Association (NTMA) to get their entitlements paid proved abortive and this has resulted in the death of 2,974 of the former workers after about 13 years of retrenchment due to hunger and sickness.
He said that the 19 North­ern States Governments made some efforts to pay part of what they owed their own workers “but it was not enough.”
The aggrieved union official said further: “We had 11 tex­tile companies in Kaduna alone before the calamity set in from 2002 when most of the compa­nies closed down completely due to the harsh operating envi­ronment which the companies found unbearable. Government intervention was not forthcom­ing including the ones owned by the Northern State Govern­ments and they were forced to sack workers without settling our entitlements.”
He said that some of them had put in between 10 and 27 years when the companies closed down with only one or two months salaries paid. “All the companies did not close down the same time but it start­ed one by one until all of them closed shop and all their work­ers were laid off with promis­es that we would be recalled when the situation improved and one or two months sala­ries paid but that was all up till now and this has resulted to the death of 2,974 of our mem­bers out of hunger, sickness and frustration”.
The largest of the compa­nies, the Kaduna Textiles Limit­ed (KTL), owned by the North­ern States Governments, was established in 1957, but shut down in 2002 and the over 8,000 direct workforce were sacked.
Some of the textile mills which were thriving in Kadu­na before the economic down­turn in the sector were the Ka­duna Textiles Limited, Arewa Textiles Plc, Fantex Nig Limit­ed, Notext Nigeria Limited, Su­per Text Limited and the Unit­ed Nigeria Textiles Limited – among others.
The Federal Government had also intervened not too long ago with a N50 billion Cotton, Textiles and Garment (CTG) Development Scheme being managed by the Bank of Industry (BOI). The aim was to use the fund to revitalize the CTG Industries along the entire value chain – at an interest rate of 6 per cent per annum, with a tenure of five years.
This intervention fund has reportedly enabled the sector to increase their capacity utiliza­tion to 50 per cent. “But this has not translated to a boom be­cause of other inhibiting fac­tors like operating costs and the dumping of foreign textile materials in the country, most of them smuggled”, said Mr. Dickson Bala, an industry play­er, who spoke to this reporter in Kaduna.