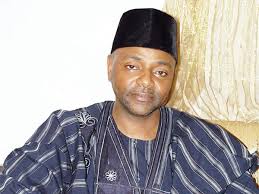 As the House of Representatives continues to unravel the reason behind the diversion of $1.1 billion Malabu oil deal, son of the late head of state, Mohammed Abacha, a shareholder in the company, appeared yesterday to make his submissions.

This is as the Attorney-General of the Federation, AGF, and Minister of Justice, Abubakar Malami, who was at the hearing at the National Assembly, stated that the deal was fraught with too many complexities currently hindering investigations and the resolution of the case.

In the 16-page off-the-grid documents he presented at the hearing which he did not submit to the committee, the AGF said due to the constraint he had concerning the case, he had limited information because “Investigation is ongoing” and “no conclusion is certain.”

He said: “The field has not been covered. Investigation is ongoing nationally and internationally and what I say might alter the conclusion of the case. Criminal investigations are still ongoing.”

At the hearing, son of the late Gen. Sanni Abacha who is a shareholder in Malabu Oil, Mohammed Abacha, and Oyewole Fasawe, withdrew their submissions in order to present a more comprehensive and detailed presentation.

Abdullahi Haruna, Malabu’s lawyer, who spoke for Abacha and Oyewole Fasawe said they had submitted documents to the 7th House on the same issue and wanted to know if they needed to start afresh.