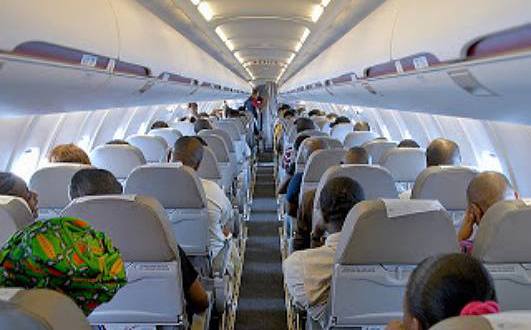 According to the Federal Airports Authority of Nigeria, FAAN, no fewer than 1,300,487 passengers passed through the nation’s airports between September and December 2015.

This is as the agency also declared that aircraft and cargo movements in the country also increased significantly within the period.

The General Manager, Corporate Communications, FAAN, Yakubu Dati disclosed these during an interview with our correspondent at the Murtala Muhammed Airport, MMA, Lagos.

Dati said in September, airports managed by FAAN recorded 316, 680 passengers while the traffic in October was 318, 503.

Also, in November, the nation’s airports recorded 328,652 passengers’ movement while the number slightly increased to 336,652 Dati however attributed the growth to some significant steps taken by the Federal Government in recent time and assured that the traffic would increase astronomically this year.

It would be recalled that a total of 59,233 aircraft landed in all airports across the country in the first quarter of 2015 according to the data released by the National Bureau of Statistics, NBS.