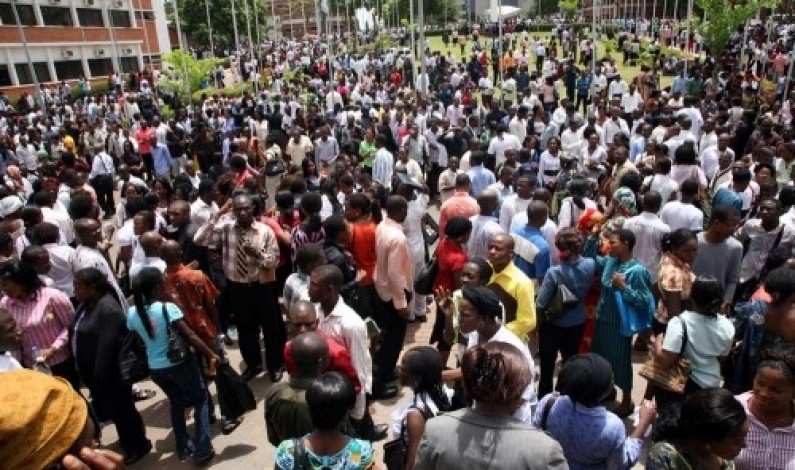 The Nigerian Bureau of Statistics (NBS) says another 1.5 million Nigerians became unemployed in the first quarter of 2016.

In its unemployment and underemployment report released on Friday, NBS said the country’s unemployment rate grew from 10.4 percent in the last quarter in 2015 to 12.1 percent.

In the third and fourth quarter of 2015, Nigeria saw about the same number of people become unemployed.

“In Q1 2016, the labour force population (i.e. those within the working age population willing, able and actively looking for work) increased to 78.4 million from 76.9million in q4 2015,” NBS said.

“This means an additional 1,528,647 economically active persons within 15-64 entered the labour force i.e. were able and willing and actively looking for work between January 1 and March 31 2016.

“This consists of people who lost their jobs and were either forced or for various reasons chose to move from full time employment to underemployment.

“Accordingly, out of a total youth labour force of 38.2 million (representing 48.7% of total labour force in Nigeria of 78.48mn), a total of 15.2mn of them were either unemployed or underemployed in Q1 2016 representing a youth unemployment rate of 42.24%.