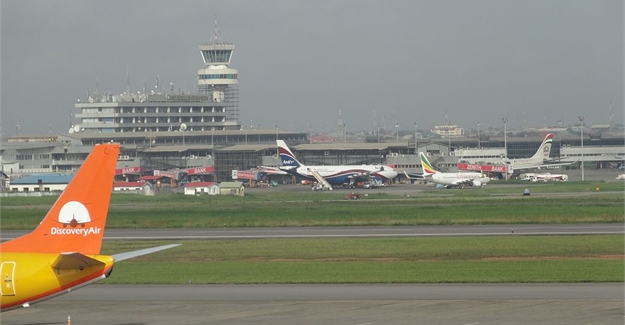 No fewer than 14 airlines have withdrawn their services from the country due to low patronage on account of the economic recession. The airlines, including Iberia, United Airlines, and Air Gambia, are among the 50 that operated the Nigerian routes some months ago. Besides, foreign airlines operating in the country are estimated to have lost about N64 billion in the wake of the new foreign exchange (forex) policy of the Central Bank of Nigeria (CBN).

President of the National Association of Nigeria Travel Agencies (NANTA), Bankole Bernard, said that the new forex policy and economic crunch came with enormous negative effect on travel agencies, the reason for which they exited the country.

Bernard had, at the Aviation Round Table (ART) breakfast meeting held in Lagos recently, said that travel agencies that sold about $1.4 billion worth of air tickets in 2015 were beginning to record losses with the departure of the airlines, adding that there was fear that more airlines might quit flying the Nigerian routes.

The naira devaluationApparently frustrated by the low patronage, he said that some of his members were beginning to consider relocating to Ghana, where “their policies are consistent.” Bernard said that the alleged inconsistent policy of the current administration, particularly on the naira devaluation, accounted for the current “nightmarish” experience the airlines are facing.

The loss of N64b by the foreign airlines was on account of repatriating $800 million stuck in the economy in the last year but released after the recent devaluation of the naira.

With the devaluation, the accumulated $800million from airlines’ sales of tickets when the exchange rate was still at N197 to $1, was taken out of the country at the new rate of N320 to $1. Consequently, a substantial amount was lost in the last couple of weeks.

Confirming the development, the regional manager of British Airways, Kola Olayinka, said that for every $1m repatriated since the new policy began, the airlines lose no less than N80 million.

Olayinka blamed the situation on what he called the immediate and unfortunate effect of the new policy, which is affecting all foreign airlines that had funds sitting in the Nigerian banks.

The current administration last year introduced a fiscal policy through the CBN, restricting access to foreign exchange and funds transfer out of the country. In the process, the International Air Transport Association (IATA) estimated that no less than $600 million belonging to foreign airlines was stranded in Nigeria. The association appealed to the government to ensure the immediate release of such funds.

Aviation sources estimate that Delta and United Airlines have up to $180 million hanging in the Nigerian economy, while Air France-KLM is estimated to have over $150 million. British Airways has about $100 million as of March 2016, while Iberia, which had already withdrawn its services, has $5 million of its funds trapped.

Olayinka expressed regret that the effects of the new policy are quite unfortunate, but a price to be paid for “the economic realignment”.

ART President, Gbenga Olowo, noted that some airlines lost up to 50 percent of their funds due to the forex policy. Olowo, however, stressed that the foreign airlines remained a major stakeholder in the aviation industry, citing that they account for about 90 percent of the air passenger traffic in the country.

He said even if the foreign airlines continued to leave, it would still not be to the advantage of local carriers like Arik and Medview since their fleet capacity is too low to accommodate the traffic.

Olowo appealed to the government to be consistent in its policy and ensure that operators have an enabling environment.

The exercise covers airport workers, who include security personnel responsible for the screening of passengers, cabin baggage, cargo, courier, mail and other items with the use of x-ray screening equipment prior to the boarding or loading of baggage and cargo onto an aircraft or movement to restricted areas.

The NCAA said: “Any person prior to being designated as an AVSEC screener in Nigeria, must obtain certification from the NCAA.”