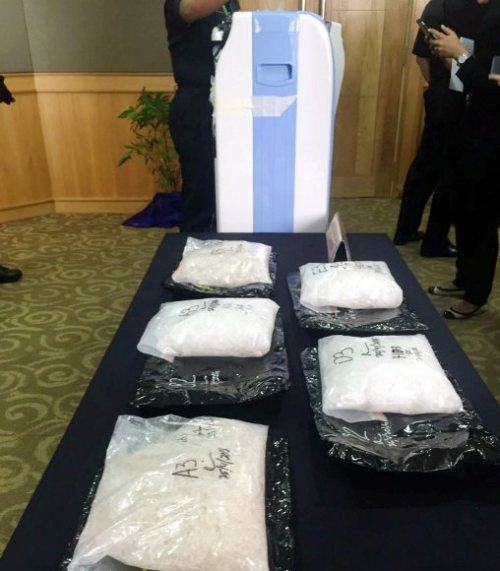 “We arrested the 27-year-old man and seized 21 packets of drugs believed to be syabu. “The drugs, weighing about 20.8kg, were stashed in a hidden compartment in the machines,” he told reporters at a press conference today. Dzuraidi said police have not ruled out the possibility that the man was connected to a syndicate.

Asked if the latest arrest was connected to a previous arrest last week, Dzuraidi said they were investigating the matter. On Tuesday, it was reported that two Nigerian men who tried to outsmart the local authorities by hiding drugs in air cooler units failed when they were nabbed at an apartment in Kota Damansara. Operatives from the Federal police Narcotics Department and Special Tactical Intelligence Narcotics Group (Sting) nabbed the suspects in their late 20s, and seized 5.1kg of Syabu worth RM765,000 at the loading bay of an apartment block.