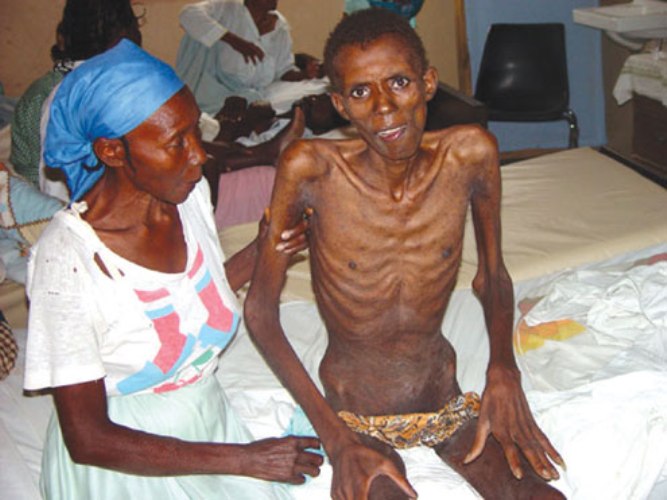 The Global Fund to fight AIDS, TB and Malaria says it is suspending aid to Nigeria’s AIDS agency over evidence that $3.8 million was stolen by its workers and consultants.

Spokesman Seth Faison said Friday that Nigeria’s government has promised to repay the money to the Geneva-based agency and to prosecute suspects.

A report by the fund’s inspector general says seven government workers and three consultants stole the money over five years between 2010 and 2014.

The report said the fraud continued because the National Agency for the Control of AIDS did not have proper audits.

The missing money is 95 percent of the amount budgeted to implement, administer and train users of a web-based reporting platform but a fraction of the $1.4 billion the fund has spent in Nigeria.

Summary of the Audit by Global Fund:

An Office of the Inspector General (OIG) audit of Global Fund grants in Nigeria has identified significant problems in procurement, supply chain, financial and program management. The auditors found discrepancies of over US$4 million between drugs ordered and delivered; US$20 million paid to suppliers without confirmation of delivery; stock-outs of eight months for critical medicines; and a total of US$7.65 million in unsupported expenditures. The Global Fund is reviewing corrective measures, particularly with regard to risk management, identified by the OIG as the root cause of many of the issues.

With more than US$1.4 billion invested since 2003, Nigeria represents the Global Fund’s largest portfolio. Programs to date have contributed to 750,000 people living with HIV/AIDS currently on antiretroviral therapy, 310,000 new smear-positive tuberculosis cases detected and treated and 93.4 million insecticide-treated mosquito nets distributed to prevent the spread of malaria.

Regarding procurement, the OIG found that Principal Recipients, the National Agency for the Control of AIDS and the National Malaria Elimination Program do not monitor the deliveries to the central medical store in Lagos of drugs arriving through the Global Fund’s Pooled Procurement Mechanism (a system that allows the Global Fund to bulk order health commodities at favorable prices). This resulted in discrepancies in antiretroviral drugs deliveries of US$3.7 million from 2013 to September 2015 and US$0.5 million in artemisinin-based combination therapy drugs. The OIG also identified payments amounting to US$20 million made to a procurement agent without confirmation of services rendered or goods delivered.

The auditors found major weaknesses in supply chain management including ineffective controls over inventory management and distribution directly affecting service delivery to patients in Nigeria. Stock-outs lasting 8 months of critical medicines such as antiretroviral drugs and artemisinin-based combination therapies were found in 42 health facilities visited by the OIG. In addition, HIV commodities worth US$5.4 million had expired in the last two years.

Although the OIG noted minor improvements since the introduction of a fiduciary agent in May 2015, financial management controls were found to be inadequate and ineffective. For example, the auditors identified a total of US$7.65 million of unsupported expenses linked to human resources, payment approval processes and advances management.

Significant weaknesses exist in the internal controls around data collection and reporting processes. This resulted in more than 10% of errors between the data recorded at the facility level and data reported to the state coordinator and the Global Fund. The issues identified were mainly for the HIV and malaria programs. Good practice, however, was observed on data recorded for the tuberculosis programs.

The OIG concluded that the Global Fund’s risk management framework in Nigeria is ineffective. The organization is unable to identify, mitigate and monitor the risks effectively. This explains many of the problems identified by the OIG audit. For example, although the Secretariat introduced the Pooled Procurement Mechanism to the Nigeria portfolio, limited preventative controls are in place to ensure that drugs procured through the mechanism are actually delivered and then distributed.