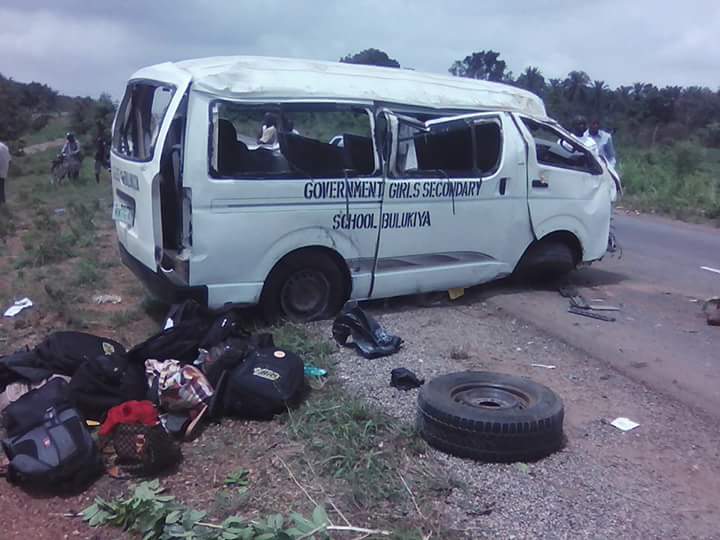 Governor of Kano State Dr. Abdullahi Umar Ganduje -has condoled with the families of the students who were involved in accident yesterday along Lagos – Ibadan Express way while on a mission to represent Kano in the National Quiz Competition in Lagos.

According to reports, three students of Unity School Karaye and 3 from Kano Kapital as well as a driver and coordinator of competition lost their lives in the accident. Arrangement is being made to airlift the corpses back to Kano for burial later in the day.

Meanwhile Families of the affected students have been duly informed on the unfortunate incidence and the arrangements being made.