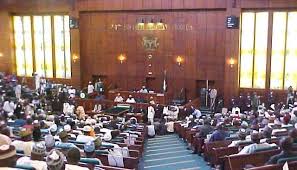 Another round of crisis appears to be brewing between the executive and the federal legislature over the present administration’s plan to borrow $29.96bn from external sources, The PUNCH has learnt.

President Muhammadu Buhari had, on Tuesday last week, asked the National Assembly to approve the external borrowing plan to enable his government to raise funds to execute key infrastructural projects across the country between now and 2018.

Economic experts, opposition Peoples Democratic Party and human rights lawyer, Femi Falana (SAN), among others, have however kicked against the borrowing plan, saying the amount was too huge.

Our correspondent gathered exclusively on Sunday that many lawmakers were currently not favourably disposed to approving the plan.

The lawmakers opposed to the loan were said to include members of the ruling All Progressives Congress and the opposition Peoples Democratic Party.

It was further learnt that while the aggrieved APC lawmakers might not want to openly oppose the President’s request on the floor of the House, they were allegedly collaborating with their colleagues from the PDP behind the scene to oppose the plan.

A source told our correspondent on condition of anonymity on Sunday that the rising opposition to the request was responsible for the inability of the Leader of the House of Representatives, Mr. Femi Gbajabiamila, to present the government’s Medium Term Expenditure Framework to the lawmakers so far.

The lawmakers’ grouse, the source explained, was that Buhari did not indicate, in his letter seeking approval for the external borrowings, that part of the loans would be used to finance their zonal intervention programmes otherwise known as constituency projects.

He added that the problem was further compounded by a recent statement, credited to the Secretary to the Government of the Federation, Mr. Babachir Lawal, that the government would not execute constituency projects.

The source added, “Before approving the borrowing plan, the lawmakers want a commitment from the government that those constituency projects would be executed.

“That was why the House leadership met with the Minister of Budget and National Planning, Senator Udo Udoma; Minister of Finance, Mrs. Kemi Adeosun; and the Director-General of the Budget Office, Mr. Ben Akabueze, sometime last week.

“At the meeting, held inside the Speaker’s office, there was no commitment from the government officials as they needed to go back and report to the President. So there was no concrete outcome from that meeting.”

It was against this background that Gbajabiamila, who was said to have interfaced with some APC members on the matter, decided to approach the President in order to nip in the bud possible crisis over the loans.

To achieve his aim, it was learnt that the House Leader decided to join Buhari to observe Jumat prayers inside a mosque located inside the Presidential Villa last Friday.

They were said to have met briefly with the President after the prayer in the presence of Senator Abu Ibrahim, representing Katsina South Senatorial District.

“It was not really a formal meeting. They talked after the prayers and you know Mr. President is a man of few words. There was also no tangible commitment from the President on the matter,” the source added.

The leadership of the House is said to be envisaging a rancorous session by the time the President’s request is be debated.

It was learnt that members of the APC caucus in the House of Representatives are expected to meet during which they were expected to be prevailed upon not to join their PDP colleagues in rejecting the President’s request.

Another source in the Presidency, who spoke on condition of anonymity, said in reaching out to members of the National Assembly, Buhari would not be drawn into giving out money to ensure safe passage for the plan.

The Senior Special Assistant to the President on Media and Publicity, Garba Shehu, promised to cross-check with relevant government officials and get back to our correspondent when his view was sought on Sunday.

When contacted on Sunday, Gbajabiamila’s media aide, Mr. Olanrewaju Smart, confirmed that the House Leader and Buhari met regularly on “state matters” and he was not always privy to their discussions.

“The Leader of the House of Representatives visits the President on state matters from time to time and I am not always privy to their discussions,” he said.

On what Gbajabiamila was doing to ensure that Buhari’s loan request was approved, Smart said, “The House is looking at the President’s request and it will be tabled soon.”

Buhari had, in a letter read on the floor of the House of Representatives on Tuesday by the Speaker, Yakubu Dogara, said the approval of this request would ensure the implementation of projects that cut cross across all sectors of the economy.

The letter read in part, “I wish to refer to the above subject and to submit the attached draft of the Federal Government 2016-2018 external borrowing plan for consideration and early approval by the National Assembly to ensure prompt implementation of projects.

“The projects cut across all sectors with special emphasis on infrastructure, agriculture, health, education, water supply, growth and employment generation, poverty reduction through social safety net programmes and governance and financial management reforms among others.

Meanwhile, there were indications on Sunday that Buhari’s $26.96bn loan request might not get a smooth passage in the House of Representatives.

Findings by The PUNCH showed that lawmakers were already querying the rationale for the “huge loan”, which they feared was a gradual return to the debt trap of yesteryears.

An official of the National Assembly said, “There will be serious legislative fireworks this week because we are not in ordinary times in Nigeria.

“Any loan that generations after today will continue to repay raises a lot of questions, and the person to provide the answers is Mr. President himself.”

The PUNCH gathered that some lawmakers in the House had, immediately the letter conveying the loan request to the House was read, queried the lack of details on how the government planned to spend the money.

“It is not enough for you to write the parliament and say approve for agriculture and all that. Where are the details of the proposed expenditure? This loan request will not have an easy ride.”

House Minority Leader, Mr. Leo Ogor, admitted that members were worried that the President opted for a foreign loan at a time his administration had yet to account for the recovery it made as looted funds.

Ogor spoke more, “We have not seen the details of the loan. We will have to see the details and compare the proposal with the provisions of the Debt Management Office Act.

“There is so much money recovered from looted funds, Treasury Single Account.  How have we utilised the money?

“We are not going to approve any loan without first seeing the details; make comparison with our DMO Act and our foreign liabilities.”

The Chairman, House Committee on Basic Education, Mr. Zakari Mohammed, also told The PUNCH that members would not hurriedly approve the request without seeing the details.

He explained, “Definitely, we must see the details. As a matter of fact, there will be delays if we don’t have the details.

“We will see the details, report to our constituents to seek their consent before we approve any loan.

“You don’t just apply for a loan and you want the parliament to approve it while you withhold the details.”

Also, the Chairman, House Committee on Works, Mr. Toby Okechukwu, noted that a loan of such magnitude must spell out the “structure for returns on investment.”

According to Okechukwu, the government must first explain how to recoup it, “not leaving it open to all the vagaries or uncertainties.”

However, when contacted, the Chairman, House Committee on Media and Public Affairs, Mr. Abdulrazak Namdas, told one of our correspondents that the lawmakers had not seen the details of the loan and had not taken any position on it.

“We will get to know what to do about the loan when we debate it.

“For now, there is no position yet, and it is not good to pre-empt the House on an issue that has not been tabled for debate,” Namdas added.

Asked whether the House would indeed debate the loan this week, he replied, “Hopefully, this week.”

Gbajabiamila did not respond to a text message that one of our correspondents sent to him on Sunday, asking his views on the loan.

Incidentally, the DMO had advised the government not to borrow more than $22.08bn in 2017.

The advice was contained in the agency’s DMO 2016 Debt Sustainability Analysis.

Besides the $29.96bn loan, The PUNCH also learnt that members were agitated over a separate request by Buhari for a virement of N180.8bn from the 2016 budget.

Members were said to be unhappy that the President did not consider their constituency projects an important area to spend money.

“They are not happy. Some have asked why the President did not request part of the money to be spent on their constituency projects.

“They have been saying that there is no money to fund constituency projects, but there is money somewhere in the budget that they now want to move to other sub-heads,” a source in the House told The PUNCH.

In his reaction on Sunday, Senator Sabi Abdullahi (APC, Niger-North) said it was part of governance to borrow funds with which to boost the economy.

He, however, noted that he had yet to study the details of the proposal sent to the National Assembly by Buhari.

Abdullahi, who is the Chairman, Senate Committee on Media and Public Affairs, said, “Borrowing is part of government policy but how much you are borrowing, what you are borrowing for and other details like that are what will be debated.

“Borrowing means the government is taking additional funds for some value addition. It is a policy in itself. But as for this particular one, I have not studied the documents; therefore, I won’t be able to make informed