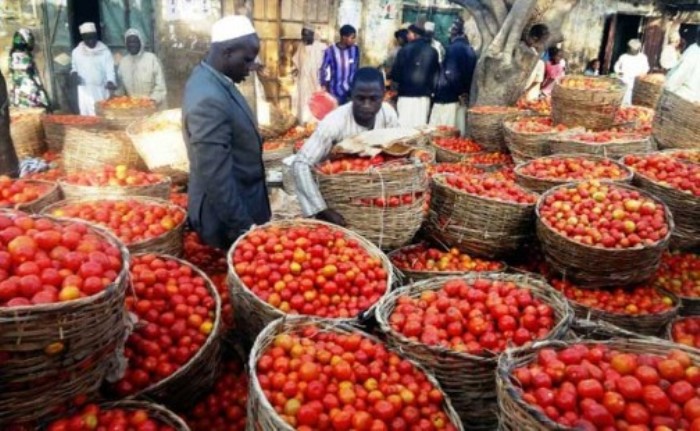 The prices of tomatoes have gone up by 1,000 per cent in Jos and environs in Plateau, a market survey by NAN has shown.

Our correspondents, who visited some of the markets and other selling points on Thursday, found out that the commodity had gone beyond the reach of the average Nigerian.

At the Terminus Market in Jos, a small basket of the commodity, which used to be N350, was selling for N3,500.

The story was the same at the Tudun Wada Market in Jos North Local Government, where a medium basket of the commodity, which sold for N550 in March, was sold for N5,600.

NAN reports that prospective small buyers seeking N150 worth of the commodity, were turned back by the retailers, who said that they did not have any quantity for that little amount.

Speaking to NAN, one of the retailers of the commodity, Mrs. Nanret Abimu, said, “Honestly, I do not know one specific reason why the price is this high’’.

Investigation by NAN showed that the price increase was caused by seasonal changes, especially at the onset of the rains.

“This is generally a dry season for vegetables.

“Ẁhen heavy rains starts, the vegetable gets rotten on the farms, which generally affects supply.

“It means that many retailers or wholesalers could go directly to the farms but will not get much and may be forced to purchase at outrageous prices out of desperation.

“When that happens, the effect is on the buyer and the eventual consumer, which is what we have now,” she said.

Some consumers, who spoke with NAN on the situation, said that they had left out stew “for now”, in their daily menu.

A housewife, Mrs Nenkwat Joseph, said that she had tried to improvise by using pepper to spice up some dishes.

Another consumer, Miss Mishrap Aro, told NAN that she envisaged the rise in the price and prepared for it by buying in large quantities when the price was good.

“I bought tomatoes a long time; I cut each piece into two, dried it up and fetch it for use now anytime I need it.

“Normally, I soaked the dried tomatoes inside water and grind it; once that is done, it comes back as fresh tomatoes,” she told NAN.

Also speaking to NAN, a student, Micheal Ali said that he had resorted to tin or sachet tomato instead of the fresh variant.