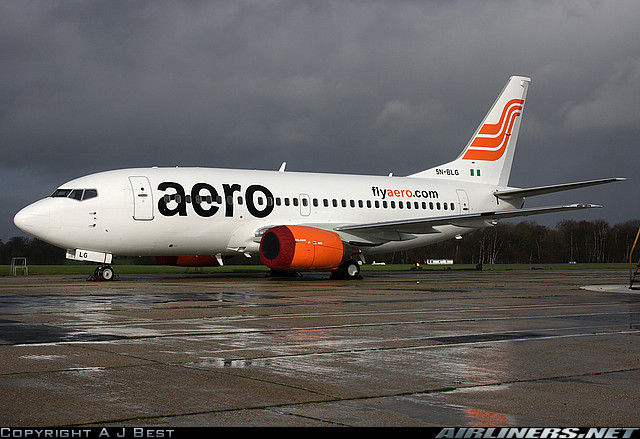 On Monday, August 22, 2016, The PUNCH exclusively reported that the airline was set to lay off some of its workers as its financial crisis became worse.

The report also noted that the carrier was in talks with aviation unions on how to cut down on the number of workers in its employ, just as sources from the sector said the airline was contemplating a suspension of its flight services.

Confirming this in a statement signed by the carrier’s management on Wednesday, Aero stated that the suspension was part of the strategic business realignment to reposition the airline and return it to the part of profitability.

It stated that this business decision, which was a result of the current economic situation in the country, had forced some other airlines to suspend operations or outright pull out of Nigeria.

The airline said, “The impact of the external environment has been very harsh on our operational performance, hence the management decision to suspend scheduled services operations indefinitely effective September 1, 2016, pending when the external opportunities and a robust sustainable and viable plan is in place for Aero Contractors to recommence its scheduled services.

“The implication of the suspension of scheduled services operations extends to all staff members directly and indirectly involved in providing services as they are effectively to proceed on indefinite leave of absence during the period of non-services.”

As passengers, who had earlier booked travel tickets online stormed the ticketing counters of Aero in some airports, the airline had to swiftly announce that it would refund the payments made by the intending travellers.

Officials of the firm told our correspondent that the carrier had also agreed to refund those who may have made payments for tickets in cash for trips that were to happen on Thursday, September 1, 2016.

They stated that the airline had to suspend its operations due to issues of forex, inability to bring back some of its aircraft that were flown out for maintenance, as well as the precarious financial situation of the company, despite being taken over by the Asset Management Corporation of Nigeria.

A senior official of the carrier who spoke to our correspondent in confidence said, “I cannot give you a date as to when the suspension of the scheduled flight services will be lifted. This is because the economic parameters in Nigeria are currently so bad that one cannot plan with it. However, our rotary wing, that is helicopter service and charter operations are still operating.”