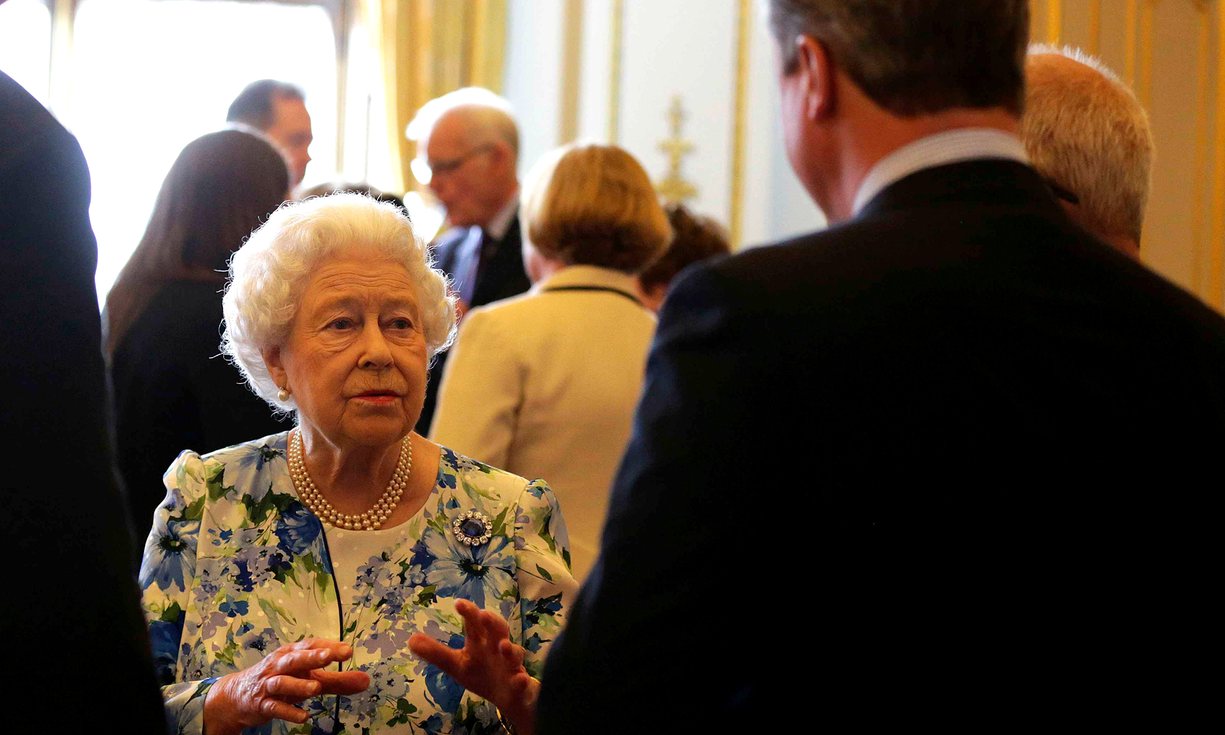 David Cameron has been caught on camera telling the Queen that Nigeria and Afghanistan are two of the most corrupt countries in the world, during a reception at Buckingham Palace to celebrate the monarch’s 90th birthday.

The prime minister made the embarrassing remarks before the government’s anti-corruption summit on Thursday, at which Nigeria’s president, Muhammadu Buhari, will deliver a keynote address entitled “Why we must tackle corruption together”.

Cameron was overheard telling the monarch that “leaders of some fantastically corrupt countries” would be attending the meeting, before singling out the two nations.

A spokesman for Buhari, who won elections last year vowing to fight corruption, said he was deeply “shocked and embarrassed” by the comments, which he assumed must refer to problems in Nigeria that pre-dated his presidency.

An official in the Afghan embassy described the intervention as “unfair”, arguing the country had made important progress in this area.

The prime minister’s comments could also raise questions about aid payments to both countries, given that the UK spent £237m in Nigeria in 2014 and £198m inAfghanistan.

In a pooled video feed, Cameron was heard telling the Queen: “We had a very successful cabinet meeting this morning, talking about our anti-corruption summit. We have got the Nigerians – actually we have got some leaders of some fantastically corrupt countries coming to Britain.”

Speaking in front of the archbishop of Canterbury, Justin Welby, and Speaker of the Commons, John Bercow, he continued: “Nigeria and Afghanistan – possibly two of the most corrupt countries in the world.”

The Queen did not immediately respond but Welby, who has worked in Nigeria when he was an oil executive, quickly cut in. “But this particular president is actually not corrupt,” he said, insisting that Buhari was “trying very hard”.

As the bizarre scene unfolded, Bercow then asked jokingly: “They are coming at their own expense aren’t they?”

“Yes,” responded the prime minister, with a laugh, before adding that the summit could be interesting as everything would be done in front of journalists.

It is not the first time that the prime minister has been indiscreet over matters relating to the Queen. In 2014, he was recorded saying that she had “purred down the line” when he told her the result of the Scottish independence referendum.

Cameron’s official spokesman hinted that he might have realised he was being filmed this time. “The cameras were very close to him. There were multiple cameras in the room,” he said.

The spokesman stressed that British aid money to Nigeria and Afghanistan is not paid directly to either government, and pointed out that both Buhari and Afghanistan’s president, Ashraf Ghani, had admitted to wide-scale problems in their countries.

In a book, to be published on Thursday as the summit gets under way, Ghani admits that Afghanistan is “one of the most corrupt countries on earth” while Buhari says corruption is a “way of life” in Nigeria under “supposedly accountable democratic governments”.

“Both leaders have been invited to the summit because they are driving the fight against corruption in their countries. The UK stands shoulder to shoulder with them as they do so,” he adds.

However, Cameron’s comments triggered angry reactions. The spokesman for the Afghan embassy said: “President Ghani and his government since in office have taken major steps to fight corruption. Countering corruption is a top priority along security issues for the national unity government.”

Transparency International, which monitors corruption worldwide, said in its most recent index, published in 2015, that Afghanistan was the 166th least corrupt nation, above only North Korea and Somalia.Nigeria was in 136th place.

But Cobus de Swardt, the managing director of Transparency International, said that while it was true that the countries had high levels of corruption, both leaders had sent “strong signals” that they want things to change.

Others rounded on the British government, arguing that it needed to focus on its own challenges. Robert Palmer of Global Witness said the Nigerian and Afghan leaders “are not helped by the secrecy sold by UK tax havens or the army of lawyers and bankers from places like London willing to handle stolen money or look the other way – we must get our own house in order too”.

Buckingham Palace responded: “The royal household does not comment on private conversations between the prime minister and the Queen.”

In a second embarrassment, the monarch was herself later caught on camera at a garden party making controversial comments about the Chinese government.

She said that President Xi Jinping’s state visit to Britain last year had been a testing time for the police and told an officer it was “bad luck” that she had been in charge of security at the time. She also said she had heard the Chinese had been very rude to Britain’s ambassador to China during the trip.

A spokesperson for Welby said that he had no particular view but supported the summit “to combat corruption in all walks of life”.